Nationals headed to World Series after sweep of Cardinals 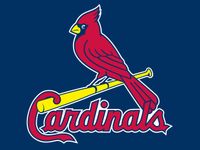 WASHINGTON, D.C. - The Washington Nationals reached their first World Series in franchise history with a 7-4 victory over the Cardinals.

Early offense was key, and the Nats got off to an explosive start in the first inning. Anthony Rendon hit a sacrifice fly driving in the first run, Juan Soto drove in another with an RBI double to give the Nats a 2-0 lead.

A huge communication breakdown led to an error in the Cardinal outfield giving Victor Robles a free RBI single, making the score 3-0.

A two run RBI single from Yan Gomes made it 5-0, and the Cardinals decided to pull starter Dakota Hudson after just 15 pitches.

Adam Wainwright replaced Hudson but continued to struggle. The Nats drove in two more off the bat of Trea Turner, extending their lead to 7-0 on just six hits to close out inning number one.

St. Louis got on the board in the fourth after a solo homer to left center by Yadier Molina. Cardinals continued to mount a brief comeback in the fifth after an RBI ground out from Tommy Edman made it 7-2. Jose Martinez made it 7-4 for St. Louis, belting one into center for a two run RBI double.

However, St. Louis was unable to overcome the huge volume of first inning scoring by the Nats in the opening inning. The game finished 7-4, and the 2019 National League pennant will be hung in Washington.

On the mound Patrick Corbin got the win for the Nationals, Daniel Hudson earned the save. Dakota Hudson picked up the loss for the Cards.