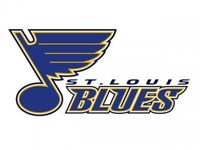 ST. LOUIS - The St. Louis Blues fell to the Montreal Canadiens 5-2 on Saturday.

The Canadiens opened up Game 2 of the season series against the Blues with a solid offensive series that led to a goal by Jordan Weal. The Blues, looking to bounce back, answered soon after with a goal of their own from Jaden Schwartz to tie up the game 1-1.

The Blues couldn't maintain the momentum going into the second period, allowing a score from Canadiens forward Brendan Gallagher after a mere six seconds of play. The Canadiens went on to mount an offensive assault against the Blues with goals from Jonathan Drouin and Nick Suzuki to extend the lead to 4-1 going into the third period.