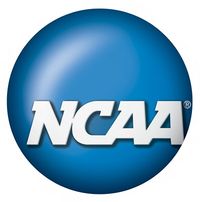 (AP) - The NCAA will not conduct fall championship events - a move that does not effect major college football - because not enough schools are competing in sports such as men’s and women’s soccer and women’s volleyball.

NCAA President Mark Emmert made the announcement in video posted on Twitter, but it has been clear this was coming. Emmert said the NCAA will try to stage the fall sports championships in the winter and spring.

Last week the NCAA Board of Governors said championship events in a sport would canceled if fewer than 50% of the teams competing in that sports played a regular season.

Boone County releases guidelines for trick or treating Posted on 30 September 2020 at 6:47pm

Bicyclist injured in hit-and-run incident on MU's campus Posted on 30 September 2020 at 9:49pm

Presidential debate leaves many more annoyed than informed Posted on 30 September 2020 at 6:49pm