A Jefferson City project allows the community to work toward warmth 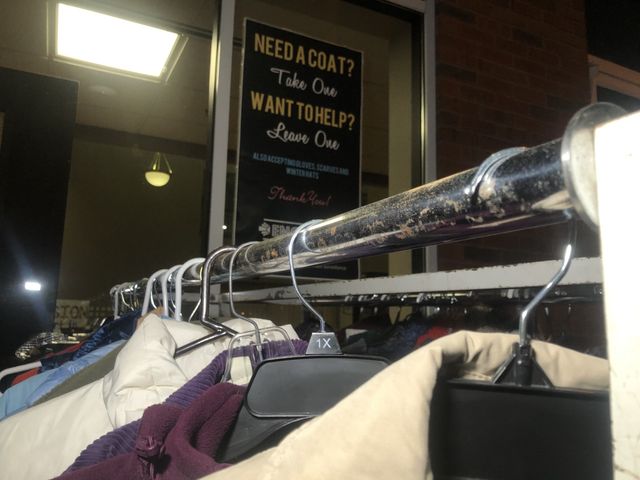 JEFFERSON CITY - The fall weather has turned to feel more like the winter very quickly this year and one Jefferson City project is trying to help get coats on the backs of those less fortunate. The Jefferson City Coat Rack Project works with local businesses and churches to encourage them to leave out racks of free coats. The coats are donated by community members and are open for anyone in need to take what is required to keep them warm.

"It’s a simple wait to give," owner of Premium Pets Brittany Schlup said. "Giving comes in all sizes."

The rack outside of Schlup's store had only one coat hanging on it and while some may see that as bad news, Schlup sees it as a sign that this is making an impact.

"It really means a lot to people in this neighborhood and other areas of Jefferson City for them to be able to come here and just take something that they need," Schlup said. "Either for themselves or for a friend or for their kids."

While the rack outside of Premium Pets is waiting to be re-stocked, the rack at First Presbyterian Church is exploding with coats, scarves, boots, gloves and more.

A senior pastor at the church, Angela Madden, said its coat rack made its debut on the coldest day of the fall aka last Thursday. Madden said, within the week it has been up, she has seen a family utilize this rack.

"They were just shocked at the quality of the coats," Madden said. "I could hear the husband and the wife having a little conversation about their joy in seeing that these were nearly perfect coats and, in some cases, some were even never used."

Madden said this year's project is especially important now following the disasters the Jefferson City community faced in May.

"We know that many people live homeless and that there are fewer beds than there are people that need a bed," Madden said. "This coat could actually save someone's life at night. I mean if someone is outside living homeless or if kids are going to school and waiting at the bus stop I mean I feel like this is the difference between hope from chaos."

While the number of coats varies at the two locations, one thing that remains the same is the motto for this project.

"If you need a coat, take one. if you want to help, leave one." Schlup said.

Both Madden and Schlup said as long as the cold weather remains, so will the coat racks.