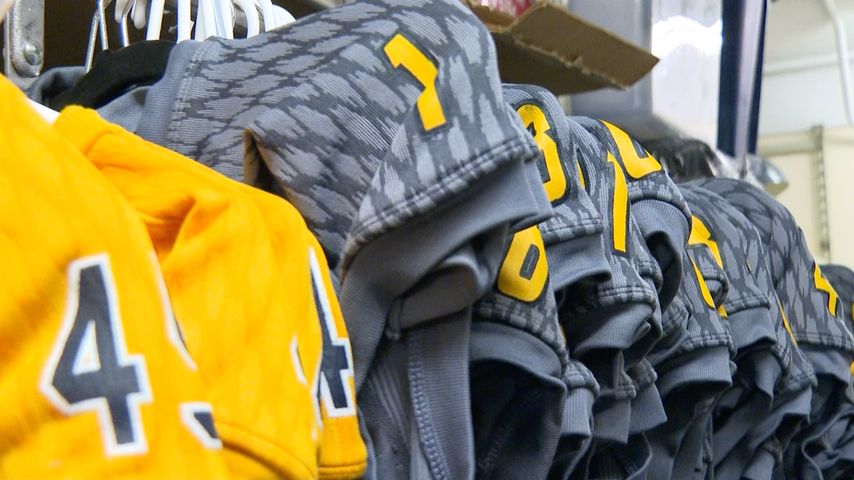 COLUMBIA — Heading into the 2020 season, the Battle Spartans had their share of concerns starting the season during the COVID-19 pandemic.

Battle was the first CPS football team to cancel a game this fall due to COVID-19.

A person in the Battle program attended practice on Tuesday and then, tested positive for COVID-19 the following day, making everyone who attended the practice considered a close contact.

"We were all asked to isolate, or self-quarantine, while they deemed who was a close contact," Battle head coach Atiyyah Ellison said.

Battle Athletics released a statement on Thursday announcing they would cancel their matchup on Friday against the cross-town rival Hickman Kewpies.

This would be Battle's second game canceled this season. The Spartans were scheduled to play Crete-Monee, a high school in Illinois, before the state of Illinois shut down high school this fall.

"Next week, we have a bye week because that game was previously cancelled," Coach Ellison said.

Jessica Ellison, Coach Ellison's wife, said parents have also had a hard time planning for the uncertainty of each week.

"We find out on Thursdays usually what Friday is going to look like," Jessica Ellison said. "It's a scramble to get it figured out."

In addition to planning each game week-by-week, CPS attendance guidelines allow only one ticket per student for every home game.

For seniors, any game could be their last. Senior quarterback Khaleel Dampier says it's been tough having to choose which parent can attend his games each week.

"I never thought that my senior year would be where I'm down to one ticket having a parent come or maybe getting two," Dampier said. "It's very stressful having to choose between a parent."

Battle held its senior night during its season opener against Fort Zumwalt North in case the season gets shutdown early.

Kim Ambra, mother of Battle wide receiver Braden Ambra, said parents like her were afraid some of them wouldn't be able to attend that senior night game.

"We had a lot of upset parents having to choose, you know, one or the other to walk their kid across the field," Kim Ambra said.

Sophomore Tyson Ellison, son of Atiyyah and Jessica, said that's when the underclassmen stepped up to help out the seniors.

"We have our little football group chat where we're all talking to each other and people are asking 'who's not using your ticket, because I really want to get my parents into this game,'" Tyson Ellison said.

"That's kind of when you see the community come together," she said.

For seniors like Braden Ambra, they realize they have to take every opportunity they're given this season.

Coach Ellison has reminded his players of this sentiment since the season began.

"Seize the day," Coach Ellison said. "We don't know, you know, in the big picture when your last day is, so make the best of this one."

The next game on Battle's schedule is against Smith-Cotton on Oct. 2. As of now, that game is still going to happen.