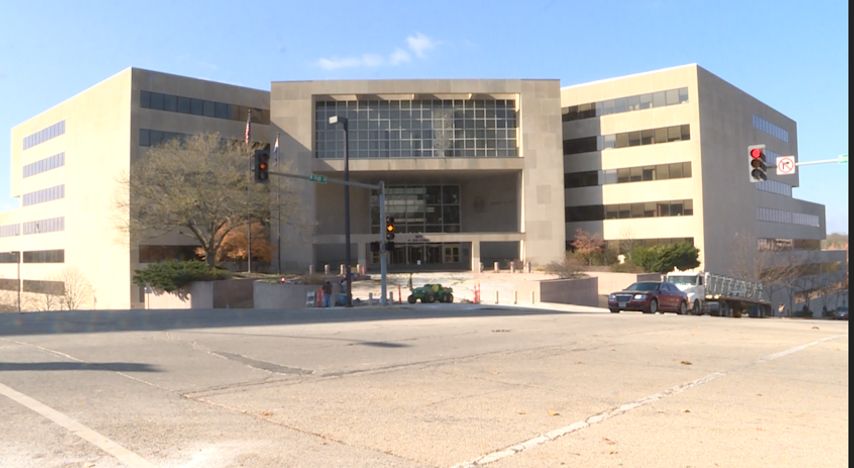 JEFFERSON CITY - Bed bugs spotted at the Harry S. Truman State Office building has a number of state employees working from home, and parts of the building closed off.

According to Office of Administration Communications Director Brittany Ruess they aren't considering this as an infestation, but confirmed a number of bugs were discovered in the building.

"Employees in the suites were given the option to work from home starting Friday, Nov. 8," Ruess said.  "We wanted to give employees this option for their own health, safety, and wellbeing."

She also said a manager discovered bed bugs at her home and notified facility managers, leading to a complete extermination at the home.

The building also had detailed vacuuming in both office suites Wednesday, as well as canine inspection. Three bed bugs were found Wednesday within a three-cubicle area.

Ruess said the bed bugs have been trapped and further treatment will take place this weekend.

One Columbia exterminator said getting rid of bed bugs can often be a very difficult process.

"Bed bugs are probably the hardest bug to get rid of because they lay eggs pretty much everywhere in your house," said Terminix Inspector Fred Celeste. "They will lay eggs in any cracks and crevices."

While just a few bed bugs may be concerning, he said the real danger is the fact they can lay so many eggs at a time.

Celeste said the bugs can often travel throughout a house without ever being seen. He also said one of the biggest challenges with bed bugs is that they can go quite a while without food.

"They can go months and months without a meal," Celeste said.

Another challenge with bed bugs is that they can easily adapt to chemicals over just a few generations, which can be as fast as a couple of weeks. Celeste said it is important to get the proper treatment right away if signs of bed bugs are evident.

"That is important because if they were to become resistant or if somebody treats over and over with the same chemical from the store, then bed bugs start to become not as affected or not affected at all by then," Celeste said.

He added as the holiday season starts and people begin traveling, the spread of bed bugs becomes more common at this time of year.

Celeste suggested when traveling to always check the headboard and bed, refrain from putting clothing in drawers, place suitcases away from beds, and wash and dry clothes on high heat before placing them back in drawers.