Boone County farmers are working together to repair levee 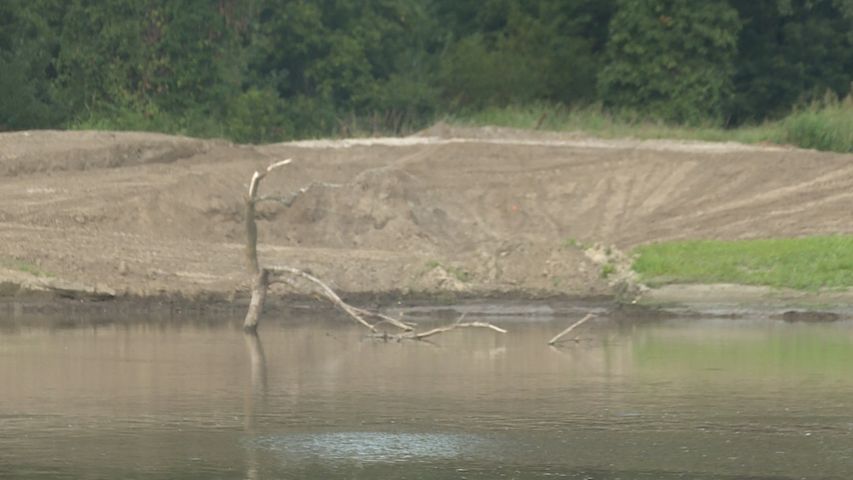 This levee in southern Boone County broke in three spots after floods hit the area in June. The levee breaking has caused flooding on roads and the loss of crops. Farmers in southern Boone County are working together to repair a levee that broke after floods in June. The levee broke in three different spots, causing flooding on roads and crops in the area.

The farmers have been working around the clock to repair the levee, sometimes getting on the tractors as early as 5 a.m.

Nick Schlotzhauer is one of those farmers, and he lives about four miles away from one of the spots that the levee broke. He says that there's still a lot of work to be done.

"It's still really muddy. You have to watch where you're driving. We're still fighting that, it's hard to tell where you can and can't drive," Schlotzhauer said.

The levee breaking hasn't created a flood this big since 1993, when Schlotzhauer was just a kid.

"It's a pretty humbling thing to see everything that you work for and work on underwater," Schlotzhauer said. "There's nothing you can do about it."

The farmers are hoping to have the levee repaired by late fall. River road, which has experienced a heavy amount of flooding since the levee broke, is a different story.

"We're hoping to have it done by the New Year," Boone County Road and Bridge Superintendent Bryan Boyce said. "Once the levee district gets everything in place we're hoping to get the road done as soon as possible."

Schlotzhauer says that repairing the levee as soon as possible is a big priority, so that crops can be regrown next year.

"Given that we get the holes fixed and the river doesn't come back up again so that we can finish working on stuff; winter can get really muddy," Schlotzhauer said. "Right now we saw an opportunity to get started."