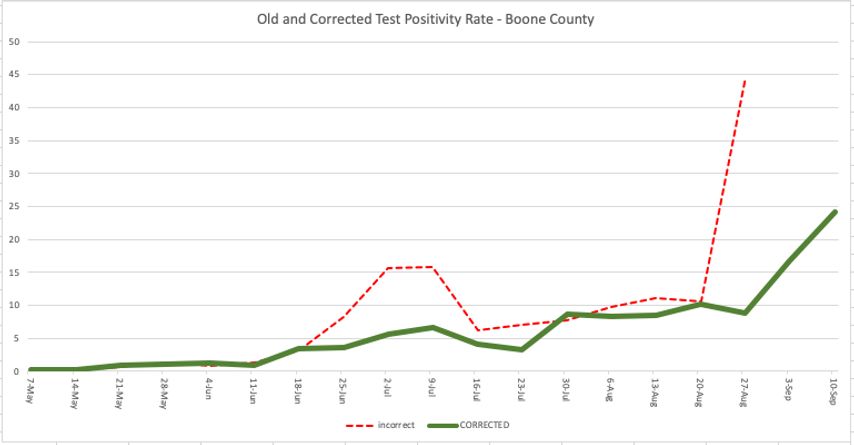 COLUMBIA - Over 12,000 tests since May were unreported in Boone County until today.

In a press release Tuesday morning, the Columbia/Boone County Public Health and Human Services (PHHS) corrected and updated the COVID-19 positivity rate for Boone County residents. The information was updated after PHHS was notified of a reporting error from the Missouri Department of Health and Senior Services (DHSS).

Since May 1, a lab in Boone County has not been able to electronically transmit all negative results to DHSS. PHHS was notified of the issue on Sept. 3, and immediately halted publishing positivity rates, since the total number of daily results contributes to how the positivity rate is calculated.

The only reporting error was to DHSS, and all patients were notified of their test results in a timely manner. There was no delay in positive results.

PHHS has since revised the weekly positivity rates between May 1 and Sept. 4. With the additional negative test results, there is a lower positivity rate than what was initially thought. However, the positivity rate has still increased over time, according to the Director of PHHS Stephanie Browning.

"The updated positivity rate still indicates an increase in the transmission of the COVID-19 virus and that there should be an increased focus on the testing availability within Boone County," Browning said. 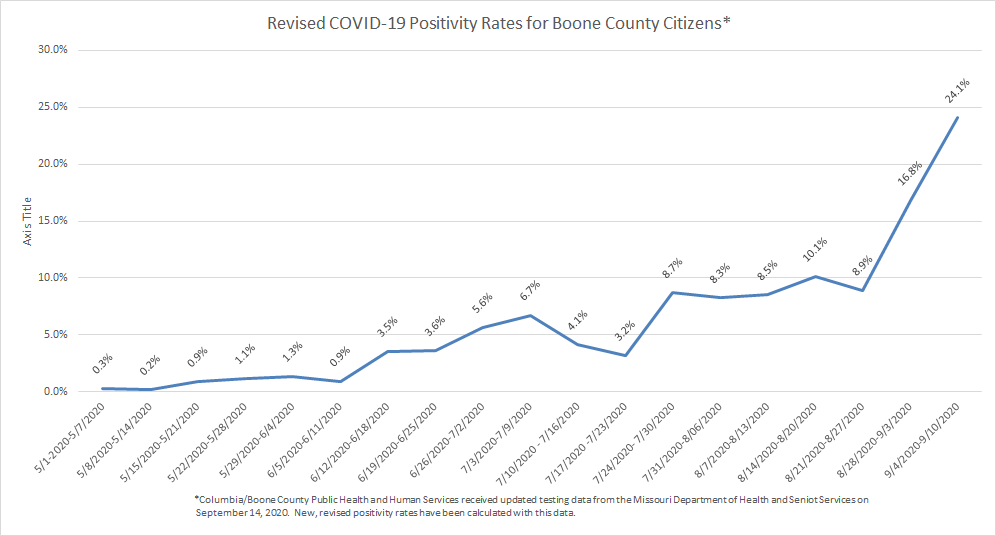 Positivity rates are used to help determine whether the spread of the virus is improving in different areas around the country.

Based on the current testing in Boone County, a rising positivity rate indicates that more people with symptoms of COVID-19 or those who have been exposed through close contact are becoming infected with the virus. Infections are happening when people are gathering together in close groups, ignoring social distancing and mask guidelines.

Positivity rates are not the only thing that affects policy decisions in Boone County, according to Browning. An increased number of positive cases, specifically in young adults between the ages of 18 to 24, as well as trends showing increased transmission among other age groups is also used to identify the best course of action in the county.

As a result of the reporting error, PHHS is changing the way test results are being recorded, by recording results on the day the specimen was collected instead of the day the results were received.

Test results and the positivity rate can be found on the Boone County COVID-19 Information Hub.