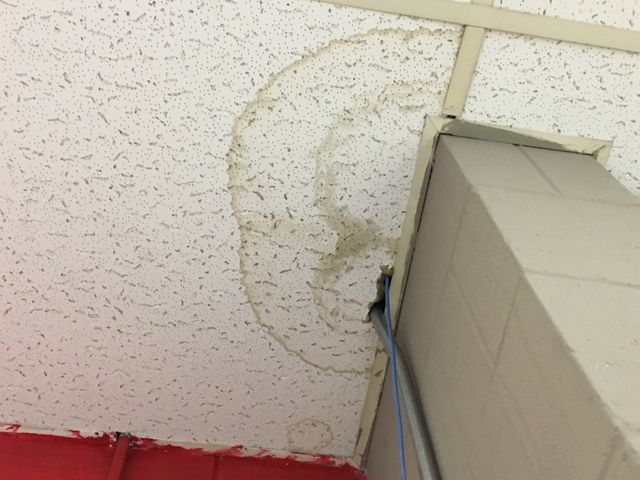 But a four sevenths supermajority, 57.14 percent of voters, are needed to approve the bond.

Joe Henke, who is a teacher at Boonville High School for about ten years, said he's seen the affects of water damage first hand.

He said a ceiling tile over his desk swelled up until it exploded on his desk.

"It shattered like a water balloon almost," said Henke. "There was just tile everywhere. The kids got a chuckle out of it"

According to the school district, leaking roofs have created textbook damage, distractions in the classroom and water damage to ceiling tiles.

"It's defiantly just an obstacle course to get around the schools," said Johnson.