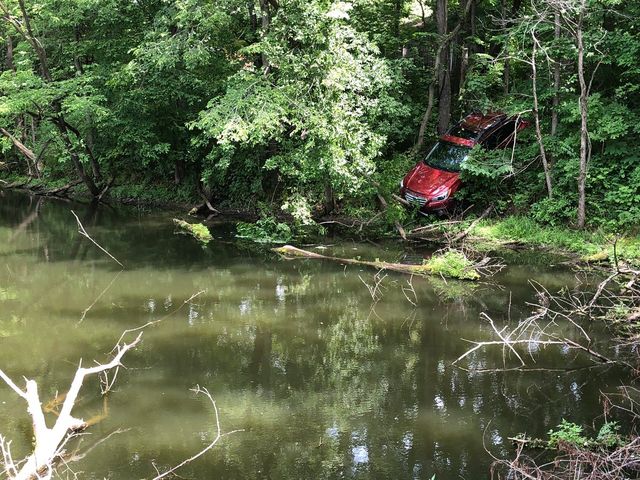 COLUMBIA - An SUV nearly ended up in the water Tuesday when it went off West Route K near South Old Village Road.

A 22-year-old male driver was traveling south on Route K when it happened, according to Missouri State Highway Patrol Trooper Nick March.

KOMU 8 News talked to a man who said he owned the vehicle, but wasn't driving it. He said he just bought the SUV for his daughter and the driver of the SUV worked for the auto dealership.