COLUMBIA— Tuesday marked the second week of media availability with Mizzou football coaches and players since the COVID-19 pandemic began. 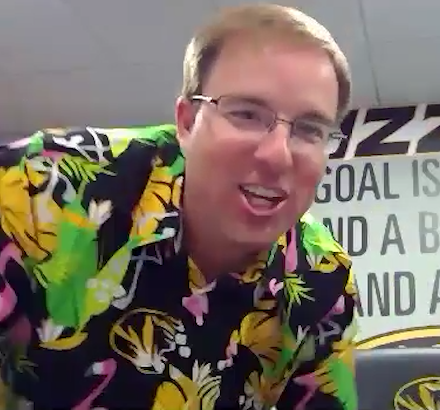 Drinkwitz touched on a few topics, ranging from COVID-19 limitations both on and off the field to the Black Lives Matter movement and his players' use of social media.

The toughest challenge is limiting interactions from players outside of the facility as opposed to at voluntary workouts Drinkwitz said.

"Back in the day when you were twenty-two, I mean could somebody tell you what you can and can't do?," he said. "It's hard. It's hard and we're learning more now than ever."

Drinkwitz also highlighted the importance of recruiting in a time like this.

"I can get around anywhere in the country," Drinkwitz said. "We do have the ability to get where we need to go and there is a commitment to recruit great players wherever we need to."

Despite early success, Drinkwitz's staff is in a bit of a drought with bringing in a new recruit.

"It's been about seven to eight days," Drinkwitz said. "We'll get on that."

Woods talked about the need to be able to adapt during this time instead of trying to evaluate talent.

"A large portion of this volunteer time until the NCAA brings us back is not so much about evaluation," Woods said. "It's more about maintenance, it's more about preparing their body for the grind that's going to come and [the pandemic] is obviously a unique situation."

Larry Rountree III completed the day of interviews. The senior running back said he feels like he's in high school with the amount of change to his routine he went through this summer.