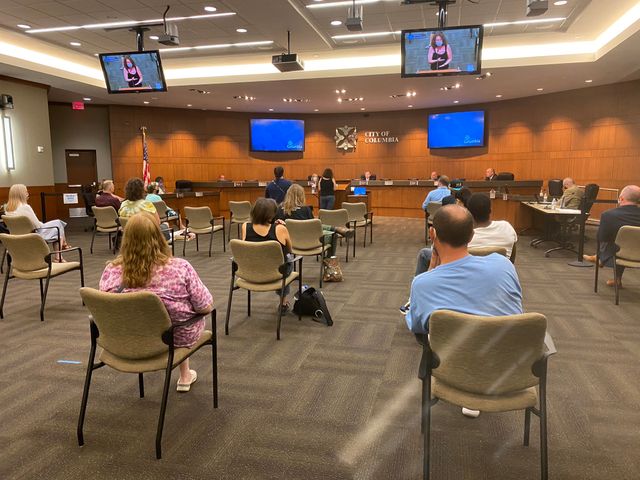 COLUMBIA - Columbia City Council voted 6-1 in favor of the mandatory mask ordinance Monday night. The order will go into effect on July 10 at 5 p.m. and requires that Columbia citizens wear a mask at all times while in public places.

Places also include hallways inside apartment buildings and offices where people pass each other without being six feet apart.

Individuals not wearing a mask will be charged a $15 fine and businesses will receive a $100 fine if they are found violating the ordinance.

The decision applies to anyone 10 and older but provides exceptions to those who cannot wear a mask due to health reasons or disabilities.

Exemptions from the rule include exercising, eating inside or outside of a restaurant and when federal law requires that the mask is removed.

The final decision on the mask requirement comes after a long night of discussion from citizens who were both for and against the rule.

The ordinance is set for 90 days after which the Council will revisit the decision.