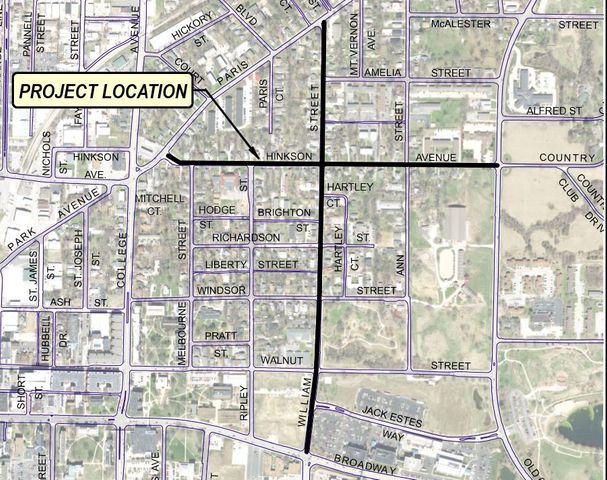 COLUMBIA - The City of Columbia is trying to slow drivers down on two streets in the downtown area.

The city is holding an open meeting on Tuesday to discuss strategies to help curb speeding on Hinkson Avenue and North Williams Street.

Tucked between Paris Road and Hinkson Avenue, children come and go from both Benton Elementary School and Johnson Early Learning.

Gay Litteken is the executive director of Johnson Early Learning. She said it can be scary to watch her young students walk up to the building.

"It makes it really unsafe for kids," Litteken said.

Columbia Engineering Specialist Taylor Shelton said, in order to be on the list, neighbors must present a petition signed by at least 10 people in the community.

The city also takes other factors into consideration: the speed of traffic, volume of traffic, crash history, proximity to schools, bike paths and more.

"If it slows down traffic and cuts down speeding, I think it would be a great idea," Litteken said.

Shelton told KOMU 8 News, he wants to hear from residents. He said the city has several options in its initiative to reduce speed in the area, but it has not chosen one yet.

"We don't want to go in there with a preconceived notion of what we're going to do," Shelton said. "We want to really listen to what our neighbors have to say."