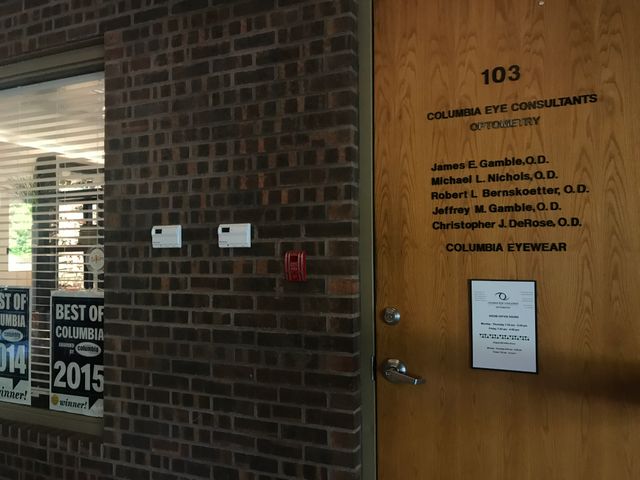 COLUMBIA - The five optometrists at Columbia Eye Consultant Optometry have seen an influx of patients worried they damaged their vision after Monday's solar eclipse.

Dr. Jeff Gamble said, "In the last two days we've had approximately seven to eight patients who have called in suspecting they might have damage to their eyes."

Gamble said they have not found any cases of solar retinopathy, or when radiation from the sun touches the retina causing damage to eyes; however, symptoms of eye damage from the eclipse usually do not show up until 24-48 hours after the incident.

"After you've had a light flash and there's that residual image, if you had that for 25 to 30 minutes after viewing the eclipse, you were looking at it long enough to have done damage," Gamble said.

"If you think back to when you were a kid and you had a magnifying glass and you went out in the backyard to try to burn a hole in a piece of paper, that power in the magnifying glass that took the sun's energy and focused it onto a spot is essentially what your eye does as well," Gamble said. "The front surface of the eye of the cornea and the lens inside your eyes are essentially magnifying glasses."

Hallsville resident and Columbia Eye Consultant Optometry patient Ben Benskin said he did not want to take a chance on eye damage.

"I've got eye problems to start with, and I didn't want to take a chance on anything, so I made sure I had the glasses on all the time," Benskin said.

Gamble said the only way to tell if there is damage to a patient's eye is to have an optometrist take a look but, "the vast majority of individuals are going to be fine."

Gamble said many patients asked the optometrists about eye damage before the eclipse happened. Columbia Eye Consultant Optometry handed out 11,000 eclipse glasses to area schools and patients, with directions on how to safely use the glasses.