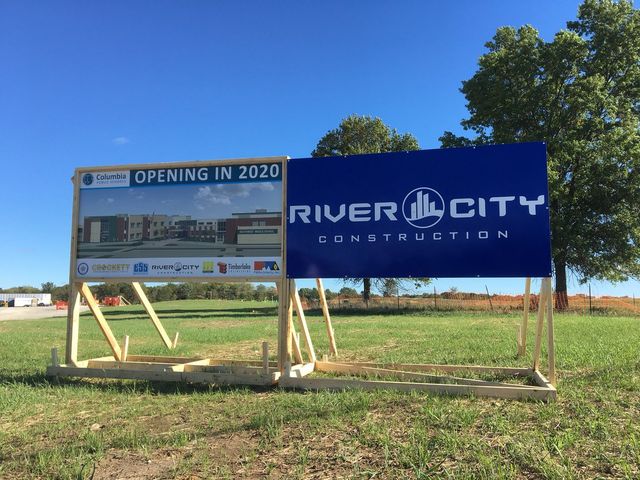 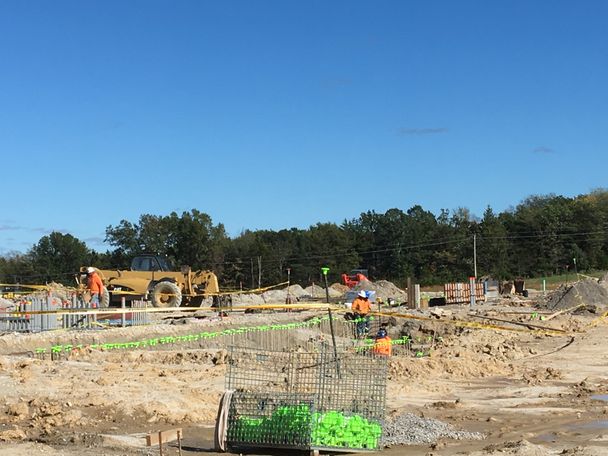 COLUMBIA - School board members, city leaders, and community members gathered to break ground at the site of a new middle school off of Sinclair Road Thursday afternoon.

Columbia Public Schools said the new middle school is necessary because many of the middle schools in town, like Gentry Middle School, are overcrowded.

"Gentry Middle School was built for about 600 students, and it has over 900 now," Columbia Public School Superintendent Peter Stiepleman said. "We were overcapacity in our middle schools, and this gives us the chance to meet the needs of our growing community."

Some parents like Dearld Snider, whose daughters went to Gentry Middle School and experienced the overcrowding, welcome the new school.

“The relief the new middle school will bring will be much appreciated,” Snider said.

For the past few years, Gentry Middle School has been over capacity because of exponential growth in the surrounding area.

"This part of town is supposed to grow 30 percent over the next ten years," Stiepelman said.

The new $35 million middle school will be built on a 61-acre site, but that's just the start of what CPS plans to do with the site.

"By building an elementary school in the future here, by having a city park just north of here, it is going to be a perfect compliment to a growing community," Stiepelman said.

With the new middle school set to open in 2020 and the future elementary school, Snider, who lives near the site of the new school, said he and his neighbors are concerned with the streets and sidewalks surrounding the school.

“The safety tied to Sinclair Road is so important,” Snider said. “It needs to be a wider road, turn lanes are absolutely necessary, and traffic needs to be slowed down.”

Teresa Huang's family moved to a neighborhood off of Sinclair Road in 2014 because they liked its secluded nature. Huang said she is not looking forward to the increased traffic from the new middle school.

"Our road has become a main road because we have all this traffic coming in," Huang said. "It would just be one or two other cars, but now with the new school it will be tons of kids."

Steipleman said the concerns Huang and Snider expressed have been dealt with by Columbia City Council.

"It was important to the city council that we had a sidewalk that extends all the way to Nifong," Steipleman said. "Those concerns have been raised, and they have been met by the fact that city council and the school district want to make sure that kids are able to arrive at school healthy and safe."

While some residents believe there's a need to widen the road, Steipleman said he does not think it is necessary.

"We've done two traffic studies, and both demonstrated that the road could handle the increased volume," Steipleman said.

For those who live around the site of the new school, the increased traffic and development will become the new normal. Moving forward, Huang said she would miss the calm and seclusion the neighborhood once had.

"It used to be a very quiet road, I would drive down and not see people," Huang said. "It will just be one or two other cars, but now with the new school it will be tons of kids."