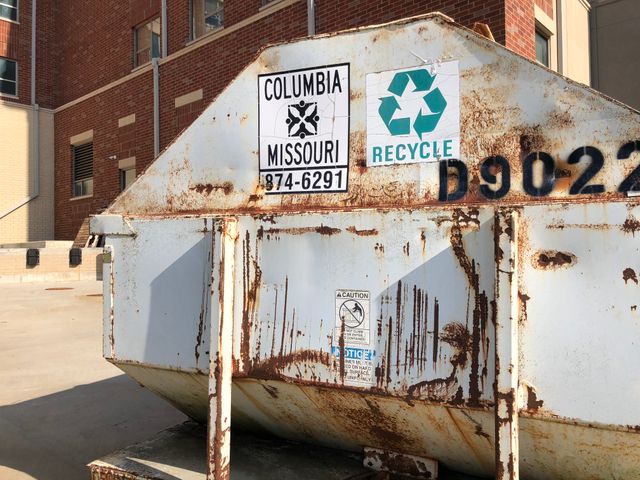 In a news release, the city said that finding and retaining Commercial Driver's License operators has been a struggle for the past few years, and finding buyers for the materials has been difficult.

Some residents are not happy that the City has abandoned what they consider a valuable service.

“A lot of people are just going to put more things in landfills, instead of using recycling,” Columbia resident Ed Schumacher said.

Schumacher considers himself an avid recycler.

In the past, when the city has paused recycling services, Schumacher said he has picked up his neighbors' recycling himself.

“I worry that my grandkids won’t get to see the glaciers,” Schumacher said, “And this is just a simple way to do my part.”

But some people don’t have the time to drive their recyclables across the city.

Blue bags meant for curbside pick-up still line the streets of residential neighborhoods. The city will collect the recyclables that have already been put out this week by residents who were expecting the service July 6-7, according to the news release.

Columbia Resident Katherine Sasser said the new system does not really surprise her.

“I think it’s just par for the course right now in our new reality that we’re all going to have to take on a little bit more, so this is part of it,” Sasser said.

Sasser said she has a vested interest in the environment so will continue to do her part, but is concerned others will give up recycling all-together.

“With this added effort, I feel concerned,” she said. “Although I am quite pleased to see there is a number of cars that keep coming through this space, so hopefully those who have committed to recycling continue to do so, even if it’s a bit of a burden.”

The following locations are available for recycling drop-off: