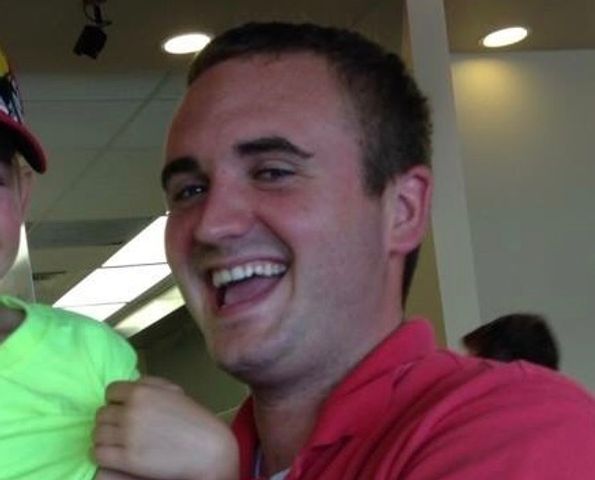 COLUMBIA - A Columbia man is home from the hospital Saturday after spending three weeks in the ICU, recovering from a series of strokes.

Thirty-year-old KJ Goehl had two massive strokes and several smaller strokes on the last weekend of October. He was discharged Friday.

Doctors do not have answers or a diagnosis, but the Goehl family has support from their community.

A group of friends and family met at Toalson Glass on Saturday to raise money for Goehl's medical bills.

Stephanie Goehl, KJ's wife, said she received even more than financial help from the fundraiser.

"It’s amazing that so many people care about KJ, just wanting to know how he’s doing, if there’s anything they can do to help with providing meals or childcare," Stephanie Goehl said.

The Goehl's have two boys: 9-year-old Hunter and 2-month-old Wyatt.

Stephanie Goehl said she feels like she has a community behind her.

"Just to know that they are with us and supporting us and rooting for KJ means the world," she said.

Jerome Stremel knows the Goehl's through mutual friends. He had the idea of hosting the fundraiser.

"When I finally received the news about what had happened, and I got the GoFundMe page information and I was getting ready to make a donation, something kind of clicked. And it was like, can we do more?" Stremel said.

There was a chili supper, cake walk for kids and a raffle. People could also make donations for the family.

Stremel said he had an army of people who helped him with the event.

"A lot of people came together in a short period of time to pull this off, and I’m glad they did because it’s not something that I could’ve done by myself," he said.

He said he thinks the event was a representation of the Columbia community.

"Columbia as a whole, in the sense of community, in the way that people can pull together in such a short period of time, whether they know each other or not. That’s one of the great things that makes Columbia what it is," Stremel said.

He said he was shocked when he heard the news about KJ Goehl's strokes.

"You’re 30 years old, you’re 10-feet tall, and you’re bulletproof. You don’t think about what could happen, especially what could happen unexpectedly until something like this happens to someone close to you," he said.

Stremel said he wanted to make sure KJ Goehl's family was financially comfortable before the holidays.

Stephanie Goehl said she does not feel alone.

"The first week of his stroke, I didn’t know if my husband was going to pull through or not. To see the outpouring love and support from his friends, family, the community, people I don’t even know that are praying for him. It means a lot," she said.

Goehl said her husband has a lot of recovery and physical therapy ahead of him. She said she will go back to work for Columbia Public Schools after the Thanksgiving holiday break. The family is focused on getting back into a normal routine now that KJ Goehl is home.