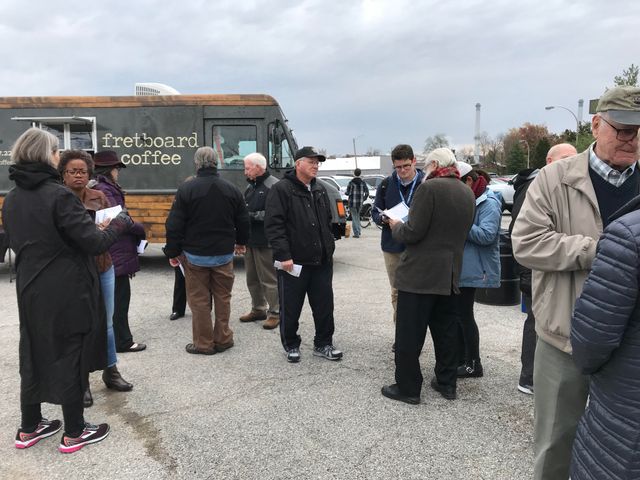 COLUMBIA - People gathered near the intersection of North Garth Avenue and East Walnut Street in West Columbia Sunday afternoon to remember the community of Smithton.

The Smithton Company bought nearly 3,000 acres in mid-Missouri in November 1818 and put the center of their new town in what is now West Columbia. The settlement was made up of just 20 families, mainly coming from Kentucky.

In May of 1821, Smithton was moved to the East side of Flat Branch Creek and renamed Columbia.

"I've always been fascinated by the people's shoulders that we stand on. The people who had the guts to buy this land," Richard Mendenhall, a fourth generation Columbia resident said. "The vision that they had is why we are here."

The City of Columbia put on the event, the first of many events they will host in anticipation of the city's bicentennial celebration in 2021.

"It's my hope our bicentennial will welcome the opportunity to tell Columbia's history to all audiences in a new and different way, to celebrate the diversity that we all share in this history," Columbia Mayor Brian Treece said.

Treece has appointed a task force to head the preparations for the bicentennial in 2021.

Gardner renamed the task force "CoMo 200." Him and the mayor reminded people on Sunday that they want all of the input that they can get.

"We don't have all the ideas," Gardner said while trying to get residents to offer their ideas for how to honor the city on its 200th anniversary.

Treece also said he is working with Columbia Public Schools to infuse the input of students, and overseeing the redevelopment of Flat Branch Park for the 2021 celebration.