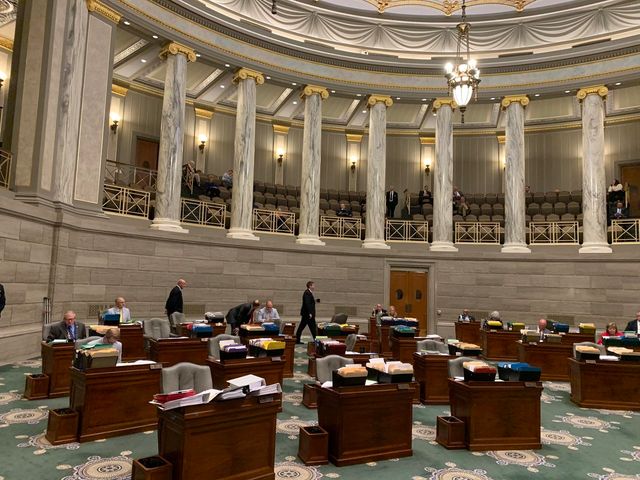 JEFFERSON CITY - Lawmakers are concerned the more than 24 hour-long filibuster and a looming session deadline may put some legislation on the backburner.

Members of Senate argued over a bill involving the Wentzville General Motors plant. The discussion halted progress for the time being on a lot of other bills, including changes to abortion laws and repealing Amendment 1.

Rep. Nick Schroer, R-O’Fallon, said he is confident his heartbeat bill will be passed, despite the 6 p.m. Friday deadline. It will be discussed Wednesday.

“If it has to be Friday, that is the last deadline, I’ve spoken to many, many Missourians who this is important to, from every corner of the state, so I think that this is a priority for legislators from those areas as well,” he said.

Schroer said he is more concerned about other legislation he supports that he expects will be put off, such as medical marijuana cardholder protections and a bill regarding a date rape drug.

Rep. Tommie Pierson Jr., D-St. Louis, said he thinks a lot of Democrats’ priorities have been shoved under the rug because they are the minority party.

“One of the things our caucus has looked to put some emphasis on is the Nondiscrimination Act that we have not taken any time to discuss or have conversations about,” he said.

Other bills that yet to reach Gov. Mike Parson’s desk include changes to ‘Clean Missouri’ and the Grain Belt Express decision.