Couple uses Airbnb to provide extra lodging for the eclipse 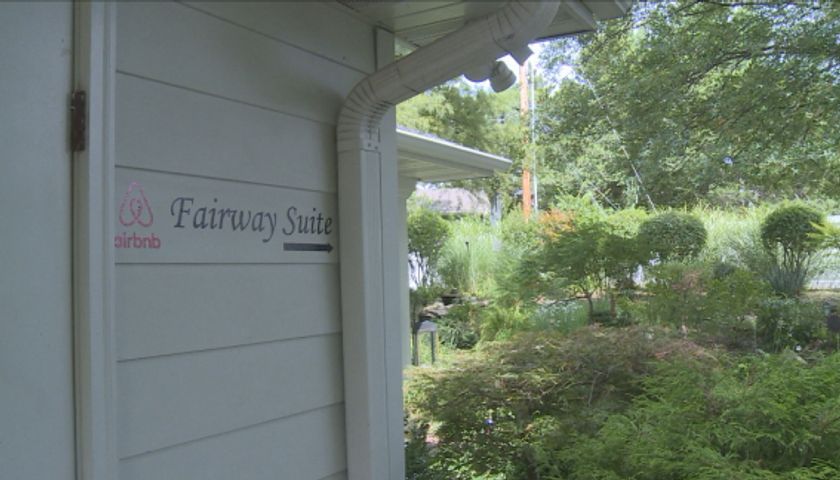 COLUMBIA - Hotels in Columbia are already over 95 percent full for the upcoming eclipse weekend.

"We’re kind of saying that if the weather is nice, it is definitely not out of the question that Columbia’s population could double that day," she said.

This means visitors may need to look elsewhere for a place to stay.

Gary Smith and his husband Randall Kilgore owned a bed and breakfast for seven years before moving to Columbia to slow down their lives. However, Smith said they soon realized something was missing.

"We had missed that element where you get really sit down at breakfast over a cup of coffee or a glass of wine in the evening and visit with the people and where they are from and what they are doing," he said.

“Randy, my husband communicated with Airbnb, which is the company, and set up our profile, and within about two hours we received our first phone call,” he said.

They have been renting out their guest room since last October, and Smith said the eclipse weekend was booked well in advance.

"The people who made this with us originally did this back in March, so that was about six months ago," he said. "Now, we didn't know that the eclipse was happening. You're encouraged to be able to have a little higher price on those high demand weekends like football games and things like that, so these people were way ahead of schedule. When they booked they got a good deal.”

Unfortunately, the original guests had to cancel, but the spot did not stay open long.

“After they cancelled, we got a call within the hour,” Smith said.

Smith, who said they will be providing eclipse glasses for their guests, thinks the Airbnb can make the eclipse a cool experience.

"It’s a homier environment," he said. "You get to connect with the guest, some people like to do that, and it’s a more, perhaps, relaxed kind of situation because they can go out on the patio right from their room and put their glasses on and just sit down, have something to drink and enjoy the experience."

Smith and Kilgore aren't the only people renting out rooms this weekend.  Airbnb said in a press release that it is seeing a 375 percent increase in visitors compared to last week in Missouri.