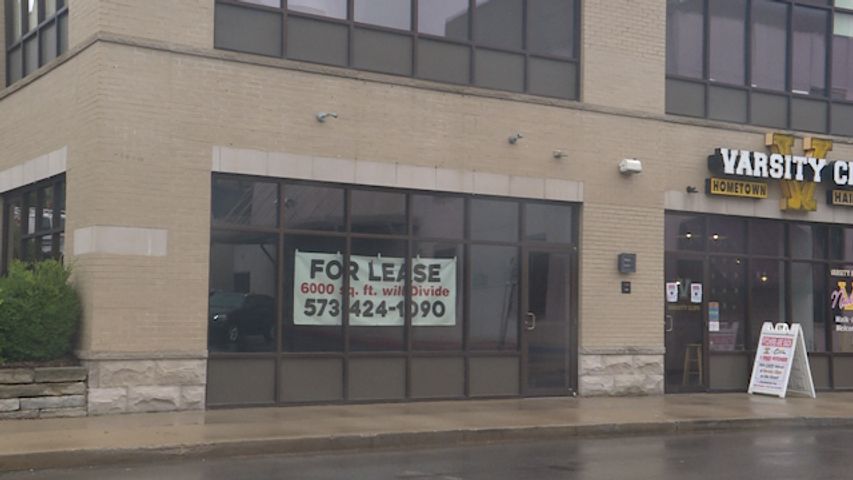 Both Bambinos and Roxy’s Bar have cited COVID-19 as their reason for closing.

COLUMBIA — COVID-19 has caused economic issues in downtown Columbia — including the shuttering of several businesses.

Both Bambinos and Roxy’s Bar have cited COVID-19 as their reason for closing.

Nickie Davis, the downtown District’s executive director, says that this is making it difficult for businesses to stay open.

“Now is the time the PPP loans, SBA loans, the idle loans are starting to run out and they are nowhere near the capacity they were before. Back rent is coming due and back utilities are coming due and they’re running out of these loans,” Davis said.

Some businesses are changing the way they are conducting their business to help stay open as rearranging their shops to allow for social distancing, putting up partitions and providing online stores.

Davis also said that curbside pick-up has been a huge savior and help for businesses to stay open during the pandemic.

Christina Kelley, owner of Make Scents, explained that although her business was closed for two months, they were still able to make a profit due to their online store.

Now, since re-opening their physical store with new precautions their profits continue to grow.

Overall, the City of Columbia has seen a financial impact because of the virus due to sales tax numbers being lower than expected this time of year.

Compared to last year, online sales are up 75%.

This means the sales tax numbers are lower this year, according to Matthew Lue, Director of Finance for the City of Columbia.

“If our numbers keep climbing and we keep having more positive cases that’s gonna defer some people from going and spending their money they’re gonna stay inside and shop online and when they do that it will hurt the city,” Lue said.

Lue believes that things financially may get worse before they get better because a lot of the money that is being spent such as online sales are not being spent in the actual city.