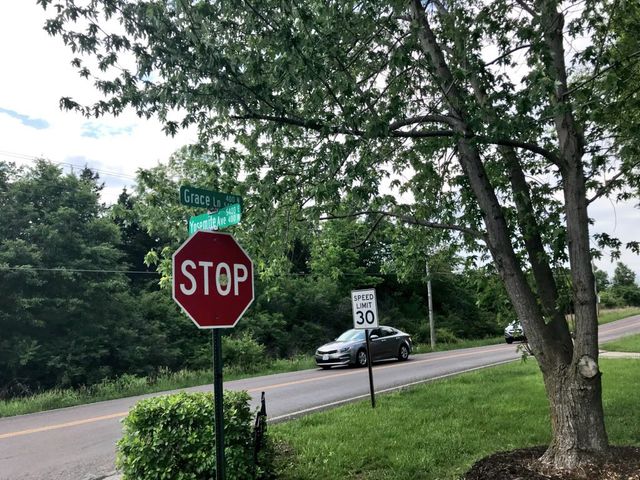 The study suggests tearing down homes on Grace Lane to increase traffic access to 1-70, through an extension of Stadium Boulevard. The extension will connect with the interstate.

CBB Transportation Engineers and Planners’ Shawn Leight said, “Today, Grace Lane carries about 5,000 to 6,000 cars a day. With traffic increasing, that number can jump to 20,000 to 30,000 cars a day and that road cannot handle that much traffic volume.”

Leight presented multiple options to move forward with a plan. The preferred plan (Plan B) suggests demolishing 15 homes to align Grace Lane with a future extension of Stadium Boulevard.

Martha Chaney, who has lived on Grace Lane for 28 years, is concerned with the plan that would involve tearing down her home.

“It’s very devastating and I plan to live in my home until I don’t have a home to live in anymore. Although, I didn’t expect it to be demolished,” she said. “There has to be another way to handle this and it looks to me like that the city is probably trying to take the cheapest way and that’s not the correct thing to do.”

The other three alternatives relocate a lesser amount of homes and businesses at a higher cost. The preferred plan would cost $10.2 million. The alternative plans would cost $15.2 million, $12.4 million and $11.6 million.

Lake of the Woods Home Owner’s Association board member Laura Loudenslager said she thinks the preferred option is short-sided because it is based on home prices from when the study was conducted.

“I know since then home prices have gone up,” she said. “Home prices will continue to go up and when it actually comes time to purchase the homes, fair market value will be increased significantly which means that the price tag for this is no longer going to be the lowest amount.”

Loudenslager said she prefers the option that would only tear down one home.

“By taking this option straight up Grace Lane, you’re not looking at preserving the integrity of the residential area. There are three neighborhoods affected by this. You don’t have the quiet feel anymore when there is the opportunity to take it around the neighborhoods.

Chaney suggests an alternative option by using the pastureland across from her home that is for sale.

“I just wish they would reroute the traffic so that the people who live there don’t have to put up with this,” she said. “You can’t back out of your driveway without having to crane your neck around to be sure that somebody isn’t going to run into you.”

Loudenslager said the traffic isn’t the problem, rather the decision to help change it.

“Increase in traffic is inevitable just because of future development and that’s something that’s inherently good for the community at large,” she said. “However, it seems callous to immediately look at the bottom line and not investigate the impact on the quality of life and the residential feel of the neighborhood.”

At this point, no funding is secured for any proposed plans. Once secured, Leight said the city would go through the design process and project implementation. He also said it could potentially go on the 2025 ballot.

Chaney said she hopes she will be able to stay in her home, despite the increased traffic.

“Grace Lane is like a major highway now,” she said. “When I moved there it was a dead-end street and that’s why I bought my house. I had ideas of it being a very quiet neighborhood and now it’s turned into almost a commercial situation.”