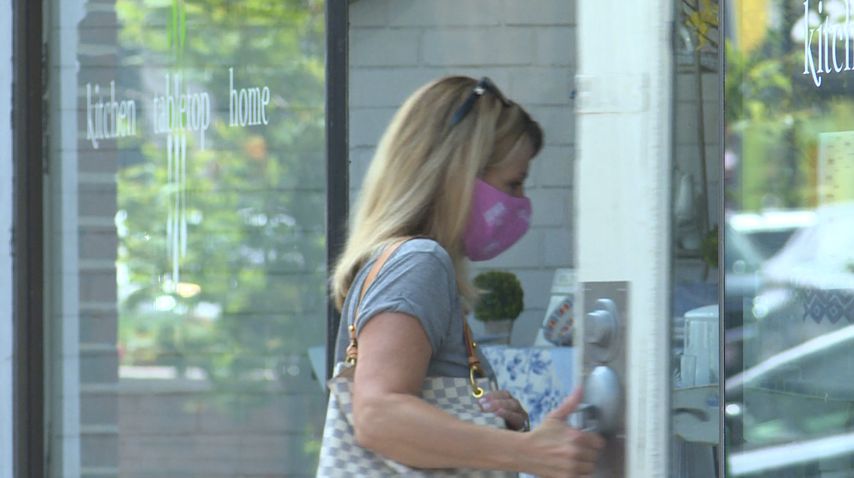 COLUMBIA – The city mask ordinance for Columbia goes into effect at 5:00 p.m. on Friday, and education will be the first step in enforcement, according to the city.

On the “Frequently Asked Questions” page of the City of Columbia’s website, it says city departments and officials will work to educate violators of the ordinance before pursuing action.

However, Bitoy said PHHS hopes to have "good compliance" without having to fine.

The ordinance states that masks will be required when people cannot keep at least a six feet distance from those outside their immediate household.

"Education will be the first step," Bitoy said. "If that doesn't work then we will work with the Prosecutor to issue a notice of violation. The Prosecutor determines who to send to Municipal Court."

Bitoy said all revenue made from fines will go to the City’s revenue in the General Funds.

“We’re making every effort to draft these measures with as many accommodations as possible without compromising the integrity of the public health intent of the order and of the guidances,” Bitoy said.

Masks must also be worn at retail stores, according to the ordinance.

Mackenzie Knierim, the owner of The Southern Rose, hung signs up around her store on Thursday in preparation for the ordinance.

“We toyed with the idea of wearing a mask before the ordinance was talked about and ultimately just decided against it,” Knierim said. “We just didn’t want to turn customers away that maybe didn’t want to wear a mask, you know just different personal reasons. So, as soon as we kind of heard talk of the ordinance though we started to shift gears and prepare for what that would look like.”

Inside the store, Knierim said masks should be worn. She also said customers should try and maintain a six feet distance from others.

While masks do not have to be worn under the ordinance when individuals are actively eating or drinking, they must be worn when walking in and out of restaurants and bars.

Violet Kroll, a Broadway Brewery server, said masks should be worn inside the restaurant when entering or leaving and also when interacting with servers.

To help with safety, Kroll said tables in the restaurant are already spaced six feet apart. The restaurant is also offering take out services.

Bitoy said complaints filed by residents will be forwarded to either PHHS or the Office of Neighborhood Services.

You can read the full ordinance here.