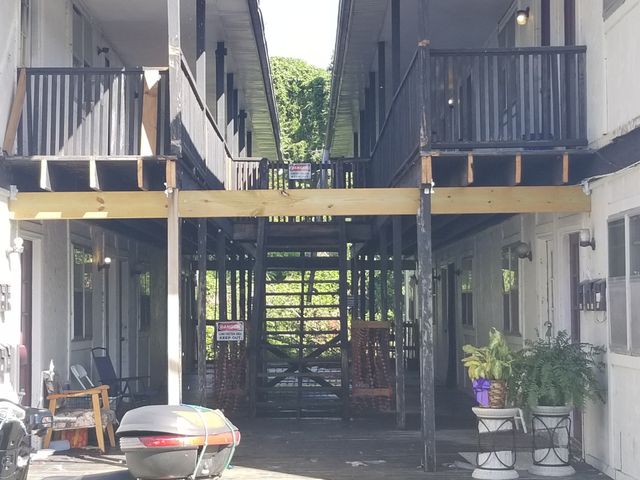 JEFFERSON CITY - A roof collapsed early this morning from too much rain. The apartment complex had a temporary fix in place on the roof after the tornado in May.

The excessive winds last night ripped some of the plastic lose from the roof. The rain started to accumulate on the plastic, and it could not hold.

The upper four units of the building sustained water damage. All of the tenants have been evacuated.  Four of the tenants are staying with family, and one is believed to be staying at the Red Cross. They will be able to go back to their homes when the roof is fixed.