Fulton Soup Kitchen raises ire over how food donations are made 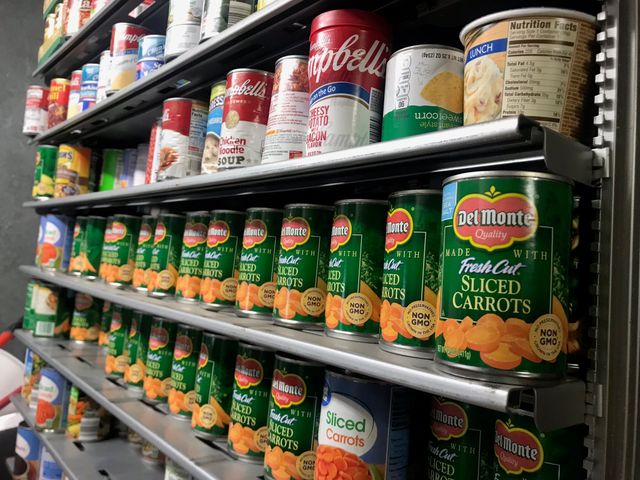 FULTON - People often drop off donations outside the Fulton Soup Kitchen when there is no one around. When that happens the staff members can not accept the food.

After someone recently left food outside, which became covered in ants, the soup kitchen President Katherine Bader posted about it on a private Fulton community Facebook page.

She warned people there are cameras outside the kitchen and said she would post video of the next people who wasted food by leaving it outside.

"It’s an awareness thing for me. It was never intended to be rude or hateful," Bader said.

The post received more than 100 responses before Bader turned off the comments in an effort to keep the post from spiraling out of control.

Another user posted a screenshot of Bader's original post to continue the conversation. That post got more than 250 comments.

Bader regularly posts on the Fulton page about donations left out, to try and remind people it's not the proper way to donate.

Some community members were agitated about the mention of surveillance video.

"The reason I mentioned the cameras in the building was to deter people from doing it, not to threaten people," Bader said. "At the end of the day the soup kitchen is private property and that is littering."

There is a sign in the window saying donations must be accepted by a staff member. Bader also includes her phone number, so she can meet people for their donations any time someone isn't there.

Bader said that's what has her most frustrated.

"I try to serve meals that are consistent with what I would feed my children and grandchildren," she said.

The Fulton Soup Kitchen falls in the same category as a restaurant, so it is required to follow state storage, preparation and food handlers guidelines.

"I don't agree with all the rules, but I'm mandated to follow them," Bader said.

She said it's all to keep everyone safe and healthy when they come to eat at the soup kitchen.

Bader said anyone with questions or suggestions regarding the kitchen and it's donation policies can attend the next meeting on May 24 at 7 p.m.