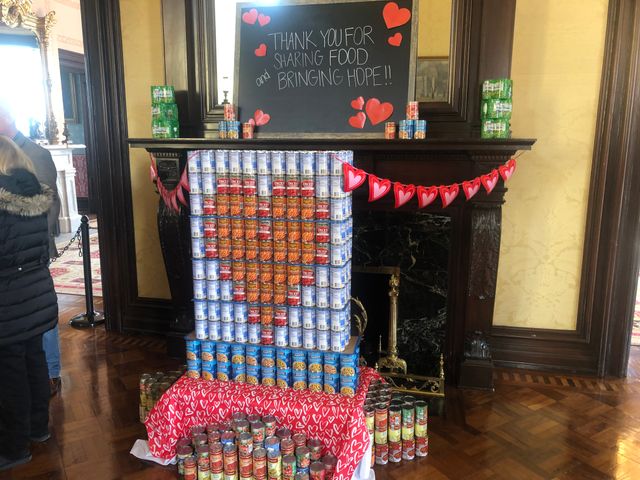 JEFFERSON CITY - Gov. Mike Parson and First Lady Teresa opened up the grounds of the Governor's Mansion on Saturday for the first Heart For the Hungry Food Drive.

People from across the state came to drop off canned food, toiletry items, and non-perishable goods right outside the Madison Street Gate. Visitors were welcomed to take a tour of the mansion as well.

Parson said he enjoys being able to give back.

"The point of it is just that we're out here trying to help everyday people that's in a little bit of need," he said.

He said First Lady Teresa Parson deserves the credit for being the driving force behind Heart for the Hungry, an effort that's in its first year.

"We set a goal of 2,019 items, and I think we've already exceeded that, so we're very pleased to see how the community and the area residents have come out to help out those who are less fortunate," Teresa Parson said.

Lindsay Lopez, the executive director of the Food Bank for Central and Northeast Missouri, said she was thrilled to know the governor and first lady wanted to bring more awareness.

The governor said he is most proud of the participation in the food drive.

"On a day like today, when most people could stay at home, yet they come out here to help with a project with this food bank and to be able to help other people, you know, it's a pretty good day when you get to see that," he said.

All of the donations went to the Food Bank for Central and Northeast Missouri.