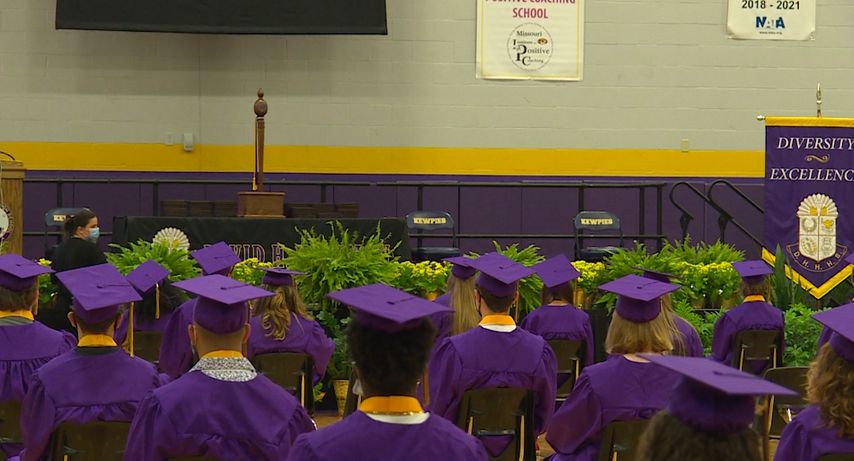 Jefferson City held their ceremony outside in their stadium at noon. More than 500 graduates were in attendance waiting to officially graduate form high school.

Graduates were able to have their family members at the ceremony.

The Hickman graduation ceremony had multiple different ceremonies on Saturday. Each ceremony had approximately 75 students in order to accommodate social distancing guidelines and masks were required for everyone. Graduates were also spread apart.

Hickman graduate Brayden Rother says he was just happy to even have a graduation ceremony.

"It's an honor that they were able to bring everything back and do it traditionally," Rother said, "I was happy that I was able to even do it in the first place."

When asked about graduating with his entire class he said that the way that the school had this made him more comfortable and less overwhelming.

Columbia Public Schools separated all high schools graduation ceremonies in order to social distance and have proper time for cleaning. The ceremony lasted about 45 minutes.