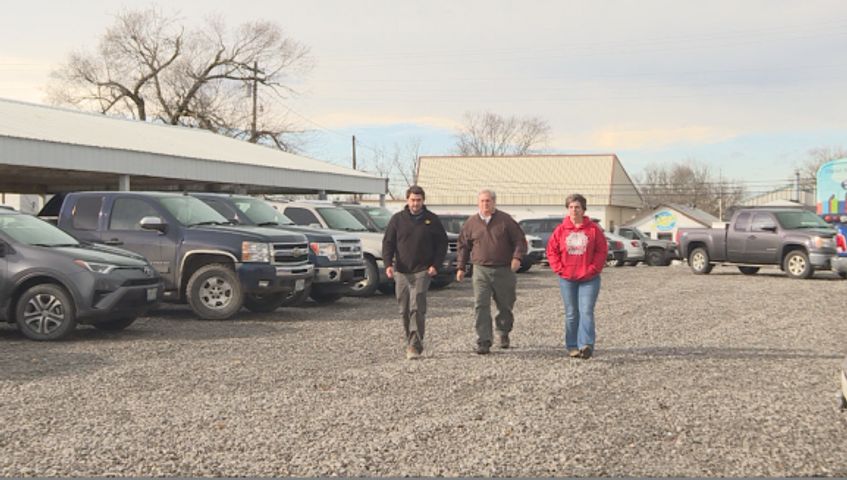 HARRISBURG - Landowners met with representatives from the energy company proposing wind farms in the area.

E.ON Climate & Renewables sent about 200 letters to property owners with a “promising property” in the area.

Landowner Brent Voorheis was approached by E.ON’s lead development manager Michael Sivore to have a test pole installed on his property. He said the team had to attend public hearings with the planning and zoning commission for approval.

"I would not have pursued this if I thought it was detrimental to our community," Voorheis said.

Ashley Ernst lives on a farm in Harrisburg and said she has been disappointed with the company's communication with the town and has hesitations about moving forward.

"What we're doing is creating a factory in an agriculturally-zoned area and that deeply concerns me," Ernst said.

According to E.ON, it costs $1.25 million to buy and install one turbine. A representative told KOMU 8 News there are different levels of compensation for farmers.