Helias football is keeping it in the family 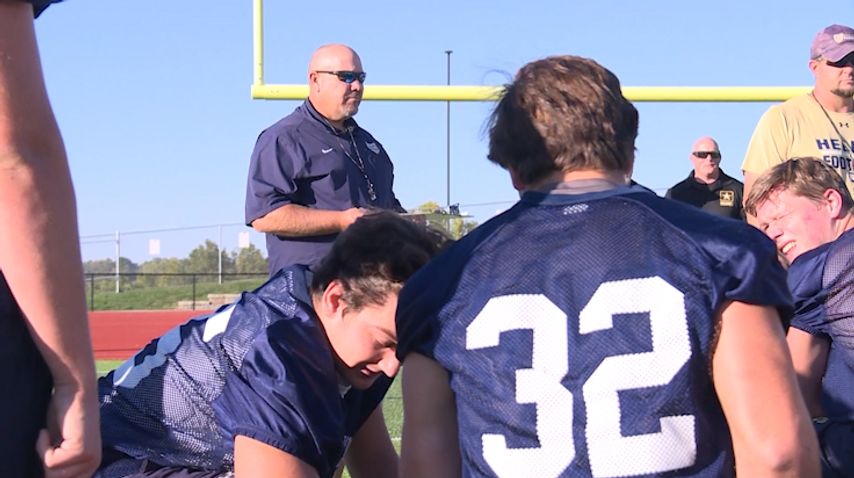 JEFFERSON CITY - When you think of football families, you may think of the Harbaughs or the Mannings; however, if you are from Jefferson City, it's a safe bet that the Hentges come to mind.

The family has been a constant in Helias football for more than 40 years.

"A lot of other cousins and things like that played before I ever got here," said Ray Hentges.

Hentges coached Crusader football for 33 years. During that time, he had two state championship teams, in 1984 and 1998, but he said some of his favorite memories come from coaching his two sons.

"I can't explain it, it was just really special. I had not only Chris, but my younger son Mike that played in the 90s. It was a lot of fun. They were both pretty good athletes so I wasn't accused of playing my sons because they were my sons," he said.

Hentges retired in 1998, following his final state championship win, however that was not the end of the Hentges' legacy at Helias.

Chris Hentges grew up on the sidelines with his father.

"My dad's first year of coaching, back in 1966, was shortly after I was born. I just grew up with Helias football," Chris Hentges said.

After being an assistant under his father for years, Chris followed in the same path and took over as head coach in 2006.

"He was very proud, you know, to carry on in his footsteps. It was something I had been working for for a long time," Chris said.

Through the ups and downs of football, the Hentges both said they hope their legacy lives on through their players.

Many Helias fans said they hope the Hentges' legacy will live on even past Chris' coaching career.

Chris' son, Hale, also played at Helias before moving on to play collegiately with Alabama. Although he currently plays for the Washington Redskins, his dad said he wouldn't count him out as the next in line at Helias.

"He has said several times in the last few years, that maybe he would like to coach. So who knows. Who knows where God will lead him in his path. I'm never going to count it out and I told him the invitation is always there," Chris said.

No matter what the future holds for the Hentges family, it's safe to say the legacy at Helias is set in stone.