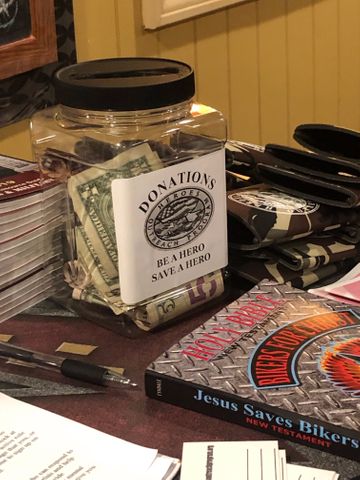 JEFFERSON CITY - One group of former service men and women is making a difference across the state providing help to veterans.

Heroes Outreach Program, which began in 2016, is hosting meetings in four towns where veterans can speak about their experiences, eat free food and reconnect with other veterans. The towns currently hosting meetings are Jefferson City, California, Eldon and Camdenton.

John Morlock, the president of the nonprofit program, believes that it is helping cope with some of the mental illnesses that veterans have after serving.

He knows this because he is one of them.

"I myself have suffered, and still suffer from PTSD," Morlock said. "I have nightmares and my kids know not to wake me up in the middle of the night."

Even though the group is young, Morlock would like to expand. There's just one roadblock.

"We would love to reach as many towns as possible," Morlock said. "But we just don't have the funding. We've had a couple of towns reach out and say 'We want you here but being able to feed twenty-five or fifty veterans off of fifty dollar donations is tough.'"

There is a meeting Wednesday morning from 9 to 10:30 at the Disabled American Veterans Post 17 in Jefferson City. It is free and coffee and doughnuts will be served. Any and all former veterans are welcome to join.