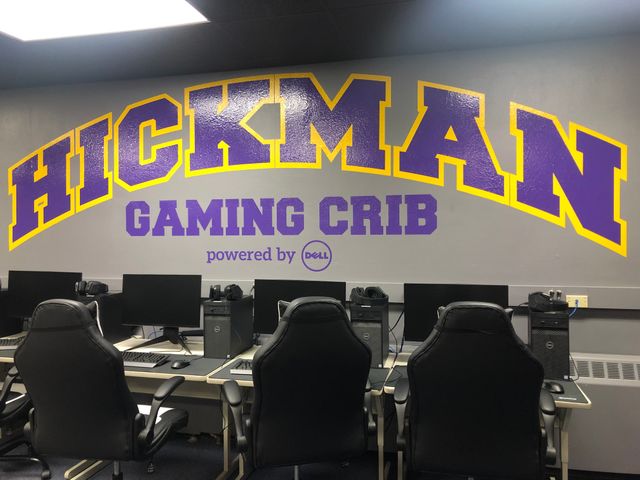 COLUMBIA - Hickman High School got its first eSports club five years ago, but this year, it's finally getting its own space to go with it.

The Columbia Public Schools Foundation gave the program an $8,500 grant, which contributed to around $30,000 worth of computers, a fresh coat of paint and other equipment. Before this year, the program was utilizing media labs within the school not necessarily designed for gaming.

"We used the last computer lab in the school so that we could get together and play League of Legends," eSports Coach and Sponsor Andrew Bechtel said. "Now that we have this space, we don't have to do that anymore."

The new space and equipment designed for gaming allows Hickman eSports to become a year-round program with the addition of a third club to the existing two, League of Legends and Overwatch.

Since the program started--a competitive season was added, it expanded into Overwatch and last season's League of Legends team won the grand finals and were the champions of CPS. Bechtel said he sees the program's new space and equipment as an opportunity to expand upon its success, this time in the form of increased competition.

"Now that we have this space, and this space is shared among the district, so Rockbridge and Battle can also use it-- we'll have the chance to come together, practice together as a team and scrimmage together before our games," Bechtel said. "I think it will just make everyone more competitive as we understand our own teams and the enemy teams that much better."

Senior Hickman student and Vice-President of Hickman's eSport club, Keyan Marshall, said he is most excited about the responsibility that comes with the new space.

As far as future expansions of the program, Bechtel said he thinks other schools within CPS will start to see spaces of their own come about.

"Already we've had to find ways to get everyone an opportunity to play and cycle through," Bechtel said. "With it being shared throughout the district, it's definitely difficult to get everyone their own individual time."

A special celebration is being held Tuesday at 4:30 p.m. in the Gaming Crib at Hickman. The foundation will announce its grant in support of the expansion of eSports. CPS and board members also will join students playing Overwatch and Super Smash Brothers.

Firefighters are more likely to die by suicide than in the line of duty, study reveals