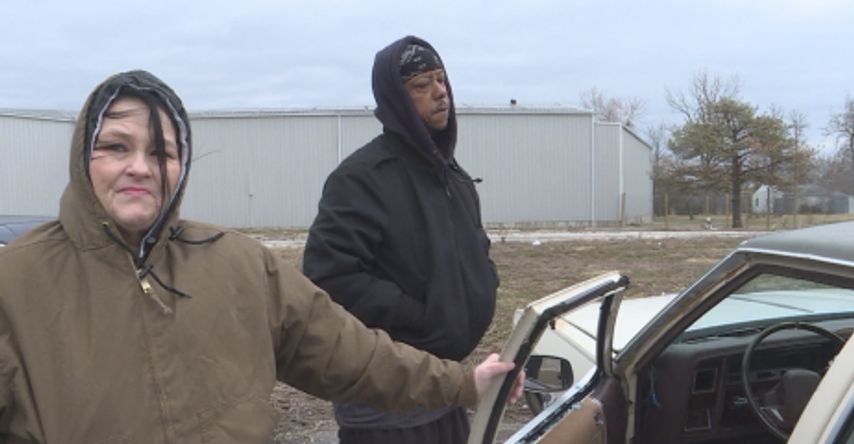 HOLTS SUMMIT - A couple is looking for answers after finding their car ransacked outside of their burned apartment building.

Richard McClain and LaDonna Pyatt's apartment was destroyed, along with a majority of their possessions, in a fire that burned through the Evergreen Apartments in Holts Summit.

“It’s been chaos, but we’ve been trying to make the best of it," Pyatt said.

Wednesday, the couple came back to check on a car they had left near the building, they found it ransacked and trashed.

Pyatt said the wheels of the car were locked and they were waiting to get enough money to get the car towed to their new home.

The car is a 1984 Delta 88 Royale Brougham, a classic car that McClain was fixing up.

"I felt bad for him, because like I said it was his pride and joy. Something for him to concentrate on and put his heart into," Pyatt said.

"This is all I had, there wasn't anything else I really enjoyed, but my family. I figured I’d take the skills I do have and work on this car," McClain said.

The couple filed a police report with the Callaway County Sheriff's Department, KOMU 8 reached out about the investigation, but has not heard back.

For right now, McClain and Pyatt are left wondering why someone would do this to people who have already lost so much.

“I’m the type of person that would give a person the clothes off my back, if they didn't have any and for somebody to do me like this,” McClain said.

“It was sad, it was heartbreaking," Pyatt said. "You pull up and you see it and like I said you don't have much left, this is all you got and then someone takes it from you."

The couple is hoping the people responsible are found.

One dead after crash on Missouri state highway 5 Monday night

How to help children with ADHD thrive in a virtual schoolhouse

States give few details on billions spent on virus supplies

A Columbia staple welcomes customers after closing for 10 weeks

Shots fired in north Columbia leaves one with life-threatening injuries

A Fulton Memorial Day tradition lives on despite COVID-19