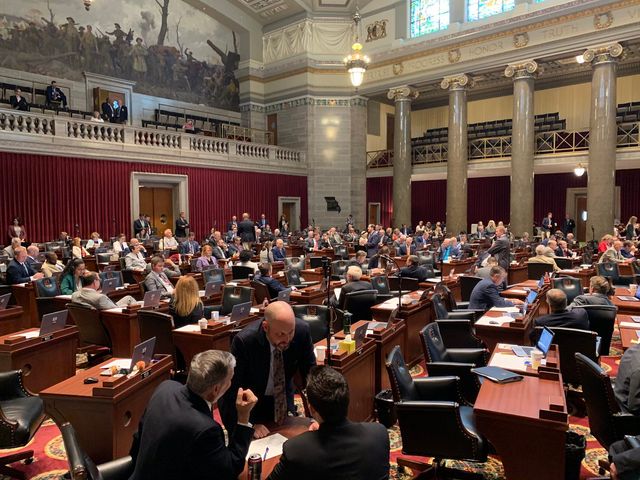 The bill is part of the ongoing special session. Governor Parson called the session following a Missouri Supreme Court ruling in June that a couple could not turn in more than one used car to reduce the sales tax bill on the purchase of a new car.

The bill passed the House 127-21, with several Democrats voting in favor of the law.

“I think it was a great bipartisan bill as we saw on the floor today with the vote,” said Rep. Becky Ruth, R-Festus. “It’s a good pro-consumer bill. It is important for the citizens of Missouri.

House Minority Leader Crystal Quade, D-Springfield said her caucus does not have a problem with the specific bill.

“Our issue has not been with the specific bill itself. It is that we are spending tens of thousands of dollars on an issue that is not an emergency,” Quade said. “There we several issues the legislature could have taken up in a special session that could have had a positive impact on all Missourians. This was not one of them.”

Quade called the special session a waste of taxpayer dollars.

“We are here today in special session because the Parson administration took a case all the way to the Supreme Court and won yet somehow the governor is unhappy with the outcome,” she said “It’s understandable when the loser of a lawsuit is upset, but you don’t often see the winning side work to undo its victory.”

House Democrats pushed to expand the special session agenda to include issues like reforms to gun laws and Medicaid expansion, but Governor Parson declined to add the issues. By law, lawmakers can only address issues for which the special session was specifically called.

“We have Missourians all over the state, not just rural or urban Missouri, who are losing access to health care,” Quade said. “That is a true emergency, not tax breaks.”

As for the issue of guns, House Speaker Elijah Haahr said he had instructed members of the Republican caucus to look into what can be done about the issue of gun violence ahead of the start of the regular legislative session in January.

“We have a little bit of time before the next session starts in January, so we are doing some research on what other large cities across the country have done to combat crime,” Haahr said.

For Quade, that would be too late.

“We can’t wait until January for this,” Quade said. “It’s has been pretty frustrating that we have gone through this week without having a conversation on this matter."

The Missouri Senate is expected to take up the bill on vehicle sales tax. The body is expected to pass the bill and send it to Governor Parson’s desk by the end of the week.