How to safely capture the solar eclipse with photography 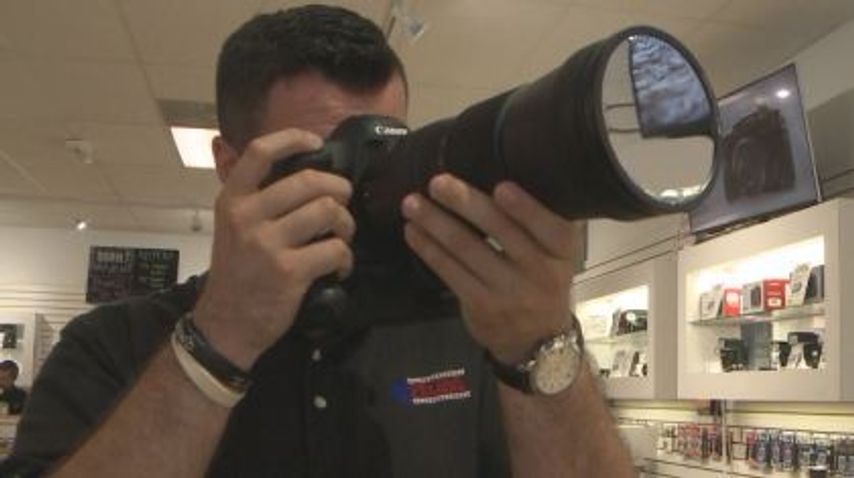 COLUMBIA - Mid-Missourians have been preparing for the eclipse for quite some time. Totality will only last for a few minutes, but do you know how you can capture the eclipse with photography?

"So you kind of have to think about the solar glasses for your eyeballs the same way that you can think about a solar filter for your sensor inside of your camera. If you shoot with a longer telephoto lens, it’s going to magnify the size of the sun, which is great because your going to make that sun look larger."

"And so that light, that direct sunlights going to hit that sensor and could easily fry it," Kratzer said.

Creve Coeur Camera photography salesman Nick Monahan said it's essential that people use a filter on their camera when shooting the eclipse.

"Or else think about an ant on the ground, and you have your magnifying glass and get the sun on it. It’s going to burn the ant up, same thing for your sensor. Make sure you have your filter on there because it will fry your sensor, and your awesome expensive camera is going to be destroyed because you ruined your sensor," Monahan said.

Monahan also said photographers should not look through their lens while taking pictures.

Monahan said everyone needs to wear glasses while shooting.

"Wear your glasses, wear your glasses while you shoot. It’s not one of those things where I’ve got a solar filter on my camera, I don’t need glasses," Monahan said. "No, you need both."

Co-owner of Wildflower Photography Katie Barnes and the other photography experts said eclipse viewers should consider protecting the sensor in their smart phones as well.

Apple said cell phone users can photograph the eclipse without any filters over the lens.

NASA created a guide for photographing the eclipse with cell phone, consumer and professional cameras.