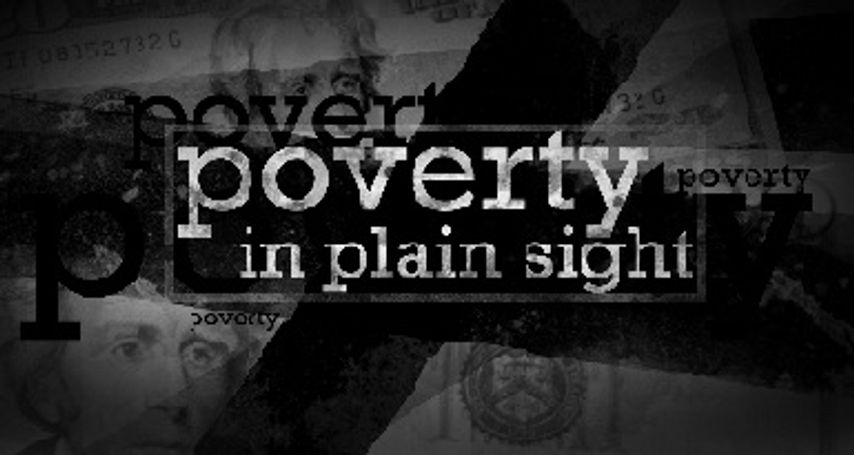 COLUMBIA - From January to June of this year, Central Pantry, a service of the Food Bank for Central and Northeast Missouri, has seen a 12 percent increase in clients. Food Bank officials say almost 8,000 more people have walked through the pantry doors than the same time period last year.

In the line outside Central Pantry, there are nurses and hairdressers; cashiers and EMTs; hotel workers and gas station attendants. A retired University of Missouri employee named Barbara said, "Money is tight these days. This helps me out with groceries and stuff."

The people in the line are the working poor and some standing in it proclaimed the time between paychecks is the hardest.

Sean Ross has been the coordinator for Central Pantry for the past nine years. He sees the clientele every day and said, "The stereotype is wrong. These are working people, they're trying, they're trying to make it."

In the line you'll also find parents who have growing, constantly hungry, babies.
Brandy, mother of two, said, "It is hard with only one income right now, we can't give them everything they need or can't give them what they want."

Amanda, a local gas station attendant and mother, said, "We make too much for the state, but when it comes down to our car payment, our electric and our rent, we just don't make enough to feed our kid like normal people should so we come here."

The line does not discriminate; it's filled with the working poor. It doesn't care where you've been; it only knows where you're going.

When the doors finally open at the pantry, worn shoes shuffle across the pavement and the line bends around the corner to find help inside.

Help in the form of water bottles and canned foods waits to be plucked from the pantry shelves. The line is full because they're not.

If we're honest with ourselves, a lot of us are one paycheck away from the line. One accident, one extra medical bill, one illness away from standing on the cracked sidewalk of Central Pantry.

"Stereotype is they just want a handout, working the system all that kind of stuff. That's not true at all," Ross said.

Most pantry patrons only fill their carts with what they need. These days, the Food Bank is offering more fresh foods than ever before. So far this year, 30 percent of the food it's distributed to patrons has been in the form of fresh fruits and veggies. Just a few years ago, the percentage was almost zero; it was mainly bananas and apples.

The people walking these aisles of Central Pantry are living on the razor's edge of making it and not making it; the fine line between frustrated and grateful. In the center of that line is the pantry.

"We're here to help people like that," Ross said.