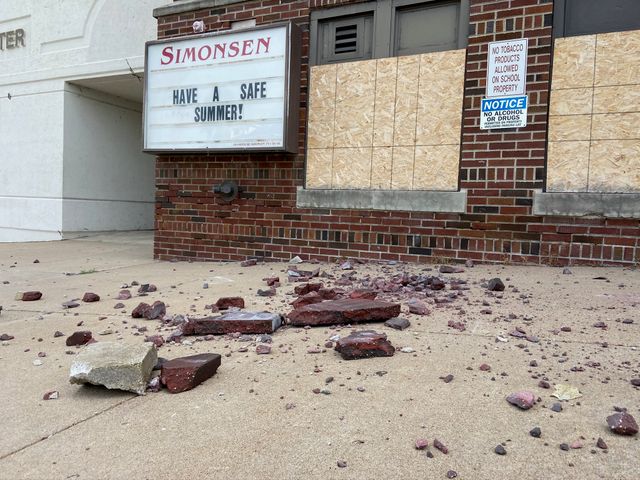 JEFFERSON CITY — The Jefferson City School Board has agreed to sell the former Simonsen Ninth Grade Center building to a real estate developer who plans to convert the building into about 65 apartments.

According to the National Register of Historic Places, the school was built in 1905.

It sits atop a historic piece of land called "Hobo Hill" with history dating back to the Civil War.

The building was ravaged by the May 2019 tornadoes.

With the new Capital City High School, Simonsen was no longer going to be a school in the fall of 2019 regardless, but the estimated $4 million in damage was not a price the city was willing to pay.

The city began asking for bids earlier this year, and received a single bid.

The bid of $101,914 by Allyn and Todd Witt was accepted by the Jefferson City School Board on Monday.

"My husband and I had a dream," Allyn Witt said. "Wouldn't that be a great place to turn into residential apartments. And then after the tornado hit, we kind of felt an obligation to do so. Because this building and location has so much history behind it."

The Witt family will be working with a team of developers.

They plan on making roughly 65 one and two bedroom apartments in the existing building.