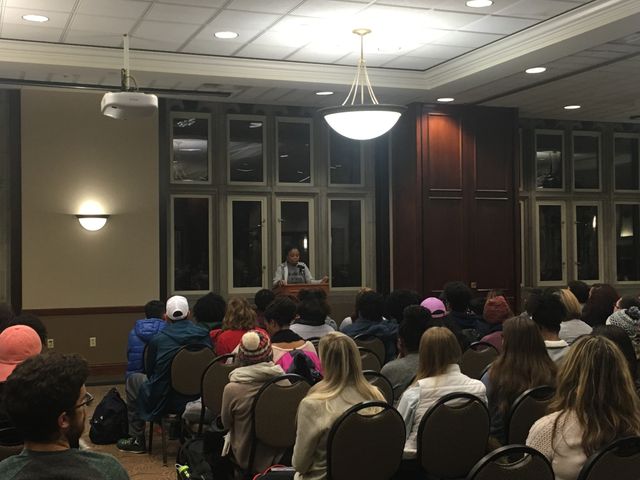 COLUMBIA- Sports journalist Jemele Hill gave her perspective on sports and politics at the University of Missouri’s campus on Monday.

Starting off with Colin Kaepernick, Hill addressed how critics often said we should keep politics out of sports. Hill mentioned that other athletes like Muhammed Ali had made political commentary in the past and how bringing politics in sports is not new. “We should welcome where sports leads us, then use it as a way for convenience escapism.”

Hill also discussed how journalists should welcome the “messy time that we’re in” as a way to create good stories, saying that journalists are at their best during times of chaos.

Another topic Hill cited was how journalists shouldn't always listen to critics who dislike when controversial issues are brought into sports. “You can’t write about things just based on approval. You have to be confident enough to know that your work with withstand the criticism on either side.”

Hill reiterated that journalism is a way to speak the truth, and that journalists shouldn’t lose sight of that saying that they need to “challenge authority and challenge power structures, and hold people accountable.”