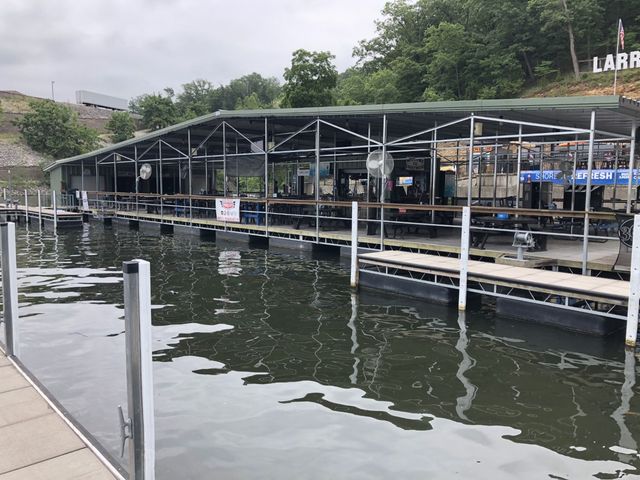 LAKE OF THE OZARKS - Despite the COVID-19 pandemic, businesses at the Lake of the Ozarks are preparing for large crowds for the holiday weekend.

With the expectation of a high number of people, businesses are implementing and enforcing social distancing guidelines for customers. Missouri has seen a high surge of COVID-19 cases in the last week. The total number of confirmed cases is at 22,283. More than 1,000 people have died from the virus.

Eric McDaniel is the general manager of Larry's on the Lake.

He explained the preparations the restaurant is taking for the weekend. Despite the increase in cases, businesses still expect large crowds.

"We've been really busy making sure we have everything stocked," McDaniel said. "People have been locked down for weeks, months at a time so we're expecting a lot of people."

Many of the local businesses have spaced tables six feet apart and are encouraging social distancing.

"I expect and hope people will follow social distancing this weekend," McDaniel said. "From what we've seen so far, we haven't had many issues with that."

Shady Gators is a popular bar and restaurant at the Lake of the Ozarks.

Co-owner Jeremy Gorham has lived and worked at the lake for almost 22 years.

"I'm expecting this weekend to be the biggest weekend the lake has ever seen," Gorham said. "Everyone's dying to get out, it's Fourth of July weekend. It's always been a really busy weekend but I think under certain circumstances that we're going through right now everybody's coming to the lake this weekend."

After Memorial Day weekend drew large crowds, businesses like Shady Gators say they're going to enforce social distancing and take measures like taking customer's temperatures before entering on Saturday to prevent the spread of COVID-19.

"We're stocked up on hand sanitizers, using paper menus and doing pretty much everything we can be doing," Gorham said. "We're going to do our best but in the whole scheme of things people are going to do what they want to do."

While many of the visitors at the lake are from Missouri, this weekend tends to bring in tourists from Missouri's bordering states and even beyond.

General manager Sheryl Elia of Alhona Resorts said there will be a wide range of people in town for the holiday.

"We're seeing a large number of people from the bordering states like Iowa and Arkansas," Elia said. "It's always going to be a Missouri clientele for us, but we've seen states even as far as California."

The state of Missouri fully reopened on June 16, but individual counties can still enforce restrictions and limitations on businesses.