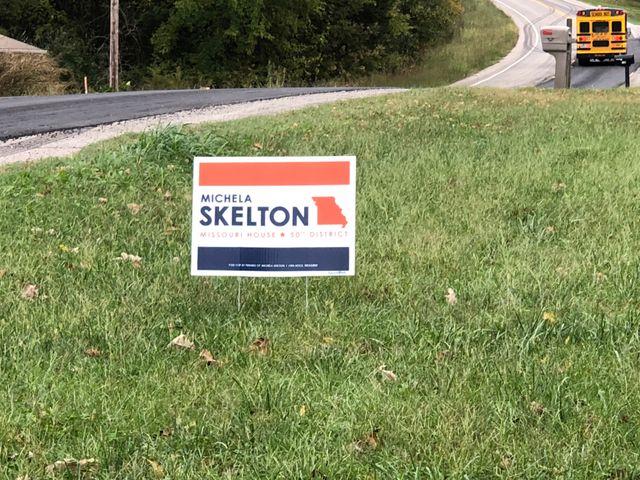 COLUMBIA – Some Columbia homeowners living in neighborhoods with a homeowners' association said they were unaware of the recent law that prohibits bans on political yard signs.

Bob Minner said he didn't know this law existed and he plans to contact his homeowners' association soon.

“People should be able to show political views and support candidates,” he said.

Susan Currier said she wasn’t aware political signs are now allowed in her neighborhood. She said she hadn’t received any information from her homeowners’ association’s leadership about the law.

The president of one homeowners’ association told KOMU 8 it’s up to each association to place restrictions on when and how long a resident can display a political sign in his or her yard, but it cannot completely ban the sign. He said he liked the earlier ban, because it kept the “political garbage” out of his neighborhood.

Tommy Dameron said anyone should be able to display their political views, especially on their own property.

“Those really big signs along the road can be distracting, and they sometimes hurt your view when you’re driving,” she said.

The law overturning the ban was signed by the governor in June and went into effect in August. Rep. Kurt Bahr, R-St. Charles, sponsored the measure and told KOMU 8 News it all comes down to First Amendment rights.