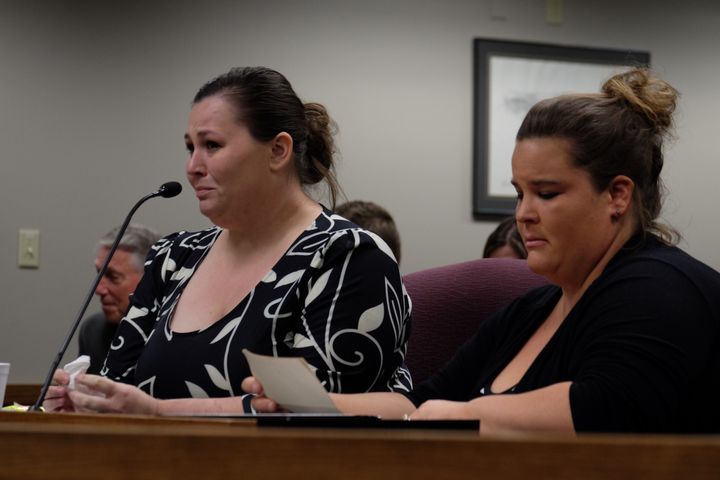 JEFFERSON CITY - Mothers and daycare owners across Missouri were emotional Tuesday while testifying at a hearing about Nathan's Law at the Capitol building.

Nathan's Law was signed on July 11 by Governor Mike Parson in order to limit the number of children that licensed and unlicensed daycare providers can watch.

The law was named after Nathan Blecha, a Jefferson County infant who died in 2007 while under the care of an unlicensed at-home daycare.

At the hearing, many licensed daycare providers said the law is a disadvantage to them because it only allows them to watch 10 children, including relatives.

Before the law, providers' children did not count towards the number of children.

"My three-year-old JP was kicked out of his licensed day care which he loved and attendees with his younger brother," Heather Conrow from Howard County said.

Conrow said she lives in a small town of about 2,000 people and now it's even harder to find someone to take care of her kids in the area.

"Our choices were for my husband to quit his job or ask my husband's mom to take care of JP,” Conrow said.

Amanda Atkins, owner of Briarwood Early Learning, said she did a survey with 54 other licensed daycares around the area.

"I had 54 respondents, all licensed family child care... 44.5% of those were considering closing because of this," she said. "72.3% are considering becoming unlicensed. 88.9% will have to raise their rates and we already know child care is cost prohibitive as it is."

The testimony from the hearing will be used to decide if changes should be made to the law in the upcoming legislative session next year.