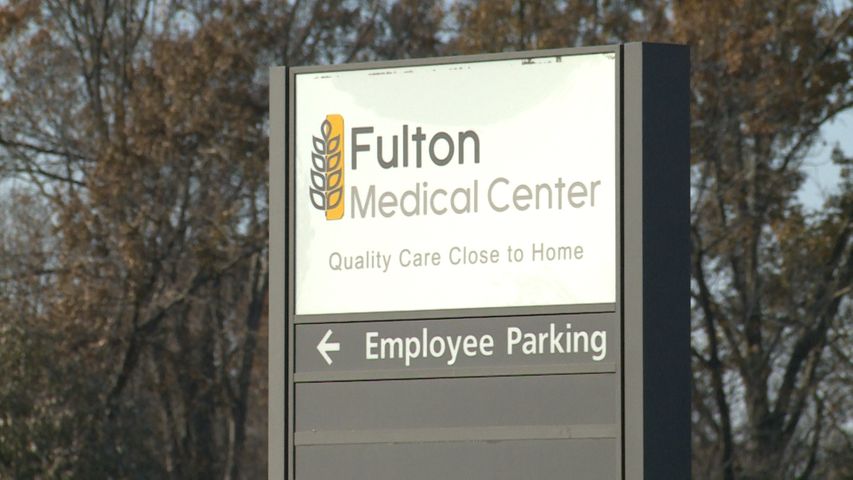 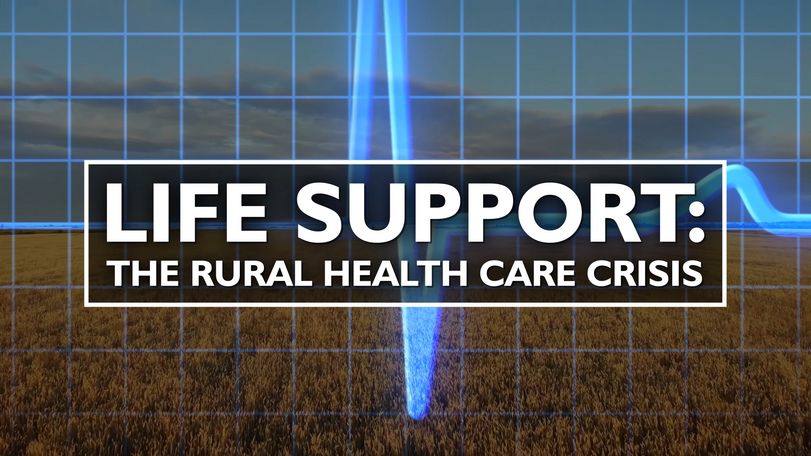 FULTON - The only hospital in Callaway County could be in its final days of serving the community. Fulton Medical Center has until December 31 to pay off a more than $3 million debt to the Internal Revenue Service. If it can't come up with the money, the hospital could be forced to close its doors.

The IRS debt has been accumulating over the last two years. In addition to the IRS debt, the hospital also faces $500,000 in settlements to contractors, $4.3 million dollar mortgage, and a $1.5 million line of credit.

HOW WE GOT HERE:

In July 2017, MU Health care announced it was selling back its stake in the Fulton Medical Center.

"Our concern was that despite MU health care investments totaling $1.6 million over the last 3 years, the hospital has continued to have low in-patient volume and lose money," MU Health Public Relations Manager Mary Jenkins told KOMU 8 News at the time. "We just believe its not a sustainable model for us at this time."

Days later, NueHealth announced the hospital would be forced to close by September 22. Less than a week before it was supposed to close, Fulton Medical Center officials announced owners were selling the hospital to Florida businessman Jorge A. Perez and his company EmpowerHMS.

According to KBIA, Perez showed up at a farewell potluck party of employees of Fulton Medical Center in Callaway County after the hospital was set to close in 2017. He told staff he had just bought the hospital, but the sale never went through.

Years of financial issues for the Fulton Medical Center have brought the hospital to the situation it faces today.

IS FMC ON LIFE SUPPORT?

"It's so convenient to be able to just get in your car and with a matter of minutes to be able to go to see a doctor," Fulton resident Ray Brown said.

For Fulton mayor Lowe Cannell, the hospital was a life saver.

"When my wife was pregnant several years ago, she had a complication from the break from the birth, and we had to rush her to the local hospital here," Cannell said. "If it weren’t for the hospital being here, she may not be here, so I will always support the hospital here."

Brown said he is worried about the hospital closing.

"It's just sobering to think that if I had severe chest pain and couldn't have it dealt with in the community that I might need to either have my spouse drive or an ambulance take half an hour more to get me to where I needed to be," he said.

Instead of a five or ten minute drive within Fulton, it could be a half hour or longer.

“If we don't have the hospital here, then then every patient has to go to Columbia or Jefferson City, or Mexico,” Callaway County Ambulance District director Charles Anderson said.

Each trip to Columbia takes an ambulance out of service for around two hours because of the roundtrip.

"It increases the transport time, it increases the amount of time that the ambulance is out of service," Anderson said. "It certainly potentially provides us with some challenges as far as resources and things like that go.”

Without Fulton Medical Center, they would make the trip more.

“Quite frankly, more patients go to Columbia or Jefferson City, then go to Callaway or Fulton Medical Center,” Anderson said.

"Over the past several years, I believe the citizens of Fulton have gotten used to going to other communities for some of their major health care," Johnson said. "Just due to some of the conditions and services that were or were not provided at the Medical Center.”

While the hospital might not be able to provide some of the advanced services that MU Health in Columbia or St. Mary's Hospital in Jefferson City can, Mayor Cannel said locals should use Fulton Medical Center when they can.

“There's always options to go out of town for services," Cannell said. "But the fact is, we need our hospital to be quickly accessible for a lot of reasons for people with urgent medical needs.”

If the Fulton Medical Center were to close, Johnson said it would not just be a health care void in the community, but a structural one. He believed Fulton would be a worse community if the hospital closes.

The impact of the hospital closing its doors would touch nearly all aspects of the community.

"A small town life for the economy is based on a lot of variables," Brown said. "Access to quality public schools, access to hospitals, access to shopping. Should that happen to the hospital, it just would be a negative in terms of home values and the overall economy."

Without the Fulton Medical Center, Johnson said it could turn off potential businesses and investors.

“Having access to quality healthcare is one of the things both employers and individuals look for when they move to a community," he said. "And if we're not able to fill that void, employers and homeowners and future citizens will look maybe not as closely at Fulton but will look closer at someplace else when they decide to either develop a new business or raise a family.”

WILL THE HOSPITAL BE ABLE TO PAY OFF THE DEBT?

Despite the outstanding bills, Fulton City administrators said they are optimistic Fulton Medical Center has a bright future. They point to new doctors recently hired and news services offered by the hospital.

With the help of the community, Mayor Cannell believes the hospital will be able to pull through.

"The hospital that we have here isn't everything for everybody, but it does serve an important purpose," Cannell said. "And I think we need to kind of as a community realize to not be ungrateful for what it isn't, but be glad for what it is."

As of now, it is not clear how far along the hospital is in paying off its $3 million dollar debt to the IRS.

IRS officials do have the option of granting an extension, but there is no guarantee they would.

KOMU 8 News reached out to Fulton Medical Center and NueHealth for comment, but neither responded.