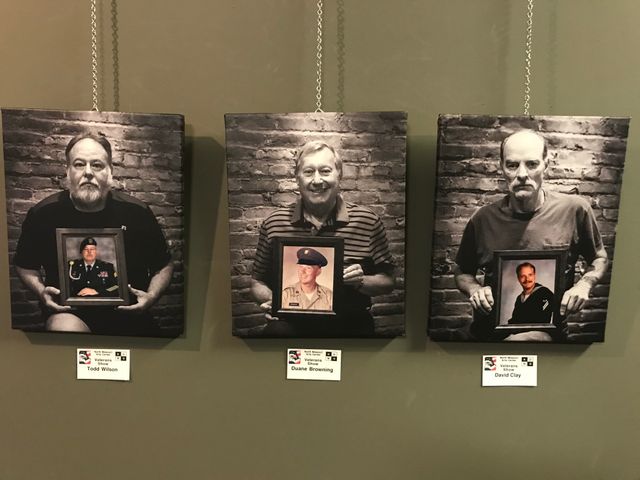 The celebration began with the installation of a veterans photo display.

The exhibit showed 82 local veterans holding pictures of themselves from their time in the service. The exhibit was held at the Walworth Building in downtown Marceline.

Tully Reed, a veteran featured in the exhibit, served in Korea as an army lieutenant during the Vietnam War. He said it is important to show appreciation for veterans.

"The military supports the whole infrastructure of the United States," Reed said.

"This should be a day of celebrating to the people who gave us what we have," Mary Ann Reed said. "There is no other country, there is no other place, in the world like the United States of America."

She said she hopes this impacts other communities so they too help recognize veterans in their area.

Monday's ceremony will involve a private commemoration where organizers will return the photos to the featured veterans.