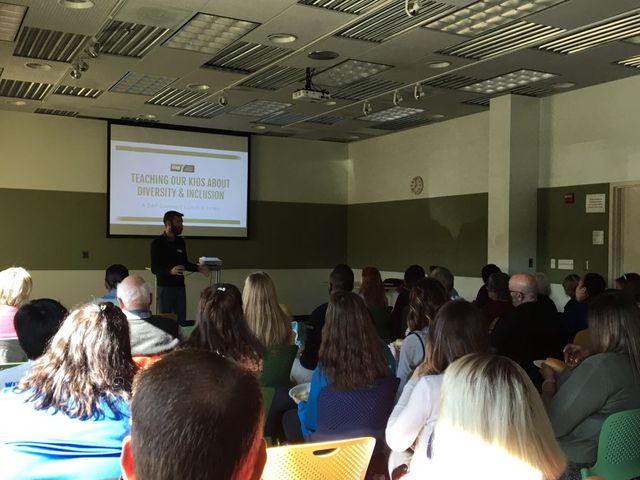 COLUMBIA — A local diversity awareness organization hosted a session on teaching children about diversity and inclusion on Monday.

DAP is a nonprofit organization based in St. Louis that aims to increase awareness and facilitate engagement. The organization opened a branch in Columbia in 2014.

The Lunch & Learn was part of the DAP Connect Program, which helps people to diversify their social and professional networks.

The event incited a discussion among community members in Columbia, allowing them to share their experiences and thoughts on certain diversity topics.

“These are good outlets, programs like this where adults can come out and just get tools and make connections and develop new relationships,” McGruder said.

The session on Monday focused on how adults can talk to their children about diversity.

“I have an eight year old that’s been asking some difficult questions,” said McGruder. “I, as the adult that she looks to, have to be prepared for those conversations.”

The event brought up different kinds of identities involved in diversity including race, religion, sexual orientation and gender identity. It also gave people different scenarios to discuss in which they would have to talk to their children about different types of identities.

McGruder said it is important for people in the community to be a part of these kinds of conversations, because the community is diverse.

“When you hear the word diversity, it’s nothing to be scared of. Having diverse conversations or important conversations about diversity are important,” she said. “If it strikes a little be of fear, then that’s why you need to be in the room, so that you can understand that these are conversations that we need to have.”

DAP has hosted other lunch sessions on disabilities and the LGBTQ community. They will host one focused on religion early in 2017.