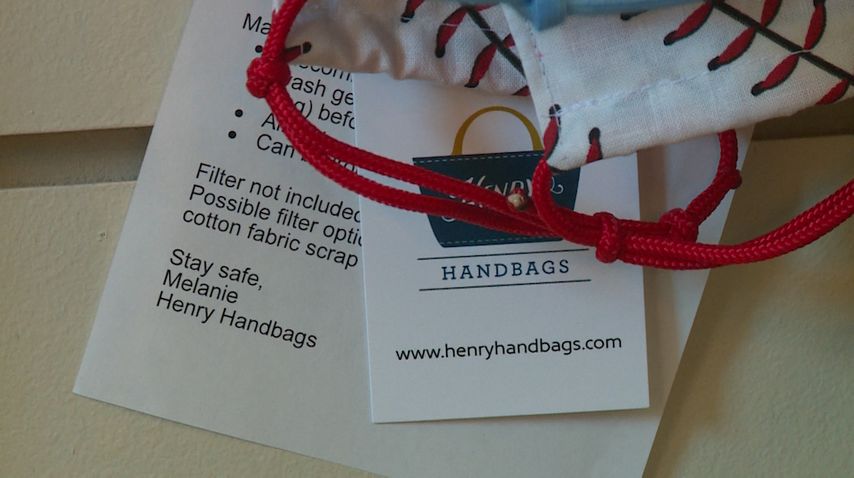 COLUMBIA — Cities like St. Louis and Kansas City passed mask ordinances this week, and Columbia's city council will decide Monday on whether to be next.

A local business owner has shifted to making masks to meet the increasing demands.

In April, Henry decided to shift her focus to make and sell homemade masks.

Henry works as a human resource manager at Daniel Boone Regional Library. She works on the masks every night to keep up with the demand.

“Every evening, I come home and work on it for two to three hours and every weekend,” Henry said. “It’s putting a lot of time in, but I’m glad that people are able to purchase them, use them.”

Henry has created just under 700 masks since she began selling them in April.

“One mask from start to finish is about 10 minutes,” Henry said.

Henry creates every mask herself, but with an increase in demand, she has received some help from her children to keep up with the demand.

“My daughter has been helping cut some of them out, just the fabric,” Henry said. “My son has started to help me with the straps and prepping them for sewing those in.”

Henry sells her masks through her website as well as through Plume, a local gift shop that sells handmade items from local artisans.

“I kind of describe it as like a brick-and-mortar Etsy shop,” Plume owner Kelly Gilion said.

Plume also has been selling Henry’s masks on its website, but inventory is entirely dependent on how many masks Henry is able to produce.

Henry brings in masks she is able to complete over the weekend and drops them off at Plume every Tuesday, but as demand increases, she's increased production.

“A restock for her is between 20 and 30 masks at a time. This week, she’s restocked every day,” Gilion said. “We easily sell through those almost every day.”

Henry has been working hard to keep up with demand and anticipates an even greater demand if a mask ordinance is enforced in response to the increase of cases of COVID-19 in Boone County.

“Frankly, the demand is more than I can handle,” Henry said. “I know the need is still out there and I hope I can continue to keep up with the demand.”

The Columbia City Council will review the proposed mask ordinance at a meeting on July 6.