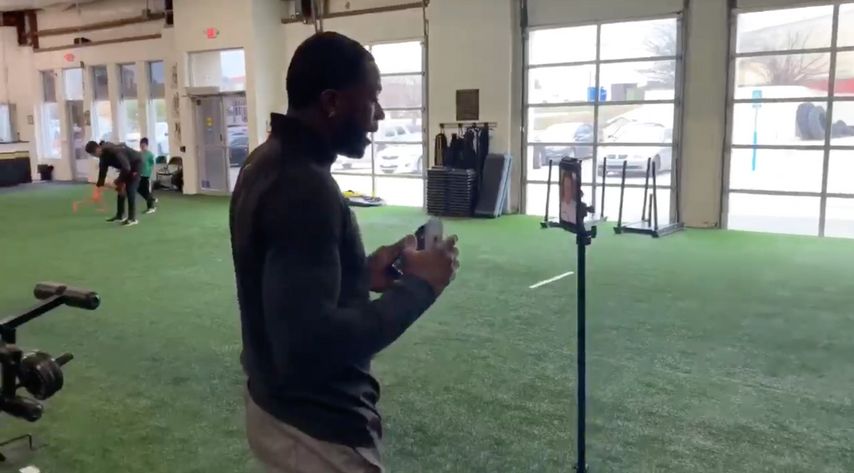 COLUMBIA - Two former Mizzou football players are attempting to turn negatives around COVID-19 into an opportunity for the community.

"Two best friends, we always thought about, maybe, going into business together," Jackson said. "We both were in the NFL at the time and it just so happened that both of our careers ended at about the same time."

After almost three years, API Fitness had to temporarily close its doors due to COVID-19.

Jackson said that confirmed one of his biggest fears.

The gym's memberships took a hit, but Jackson and Egnew turned it into a positive.

The duo turned that opportunity into something everyone can enjoy: at-home workouts.

"For about two weeks straight we were just making online programs and shooting videos," Jackson said.

API Fitness is providing members with online workouts and meal plans during the pandemic. Members let the trainers know what equipment they have available in their homes and, from there, Jackson and Egnew come up with a plan.

Nicole Shelby, a long-time member, did not want to quit working out during the quarantine, but could not put the health of her kids at risk.

"We did a Facetime workout where halfway through he called me on Facetime, made sure I was sweating and working out," Shelby said. "Then afterwards had to call him and check in."

Jackson said API Fitness' goal is to make workouts doable for anyone.

Cara Musick, who joined the gym in 2017, has a busy life and has not been able to get in the gym as often as she would like.

"I hadn't really been back there in a while, and to see his online classes, I was like oh maybe I should - I can get back in this," Musick said.

But the duo took it a step further. They are offering free classes via Facebook live, where viewers can follow a workout in real time.

"You've got so much to do that you don't do anything," he said. "Why? Pretty much because you didn't set a plan."

Jackson and Egnew said they want people to know that this will all end eventually and we are going to have to get back to our normal lives.

"We can't let a whole month of not working out hurt us," Jackson said.

His clients want people to continue to support him, even after this is all over.

"He is a local business, a small business owner, so if you're going to take advantage of his awesome, graciousness of letting us take part in his workout, then give him some credit, financially," Musick said.

"Jerrell and Michael are not from Columbia," Shelby said. "They went to Mizzou and then they decided to come back to our community and make a positive impact."