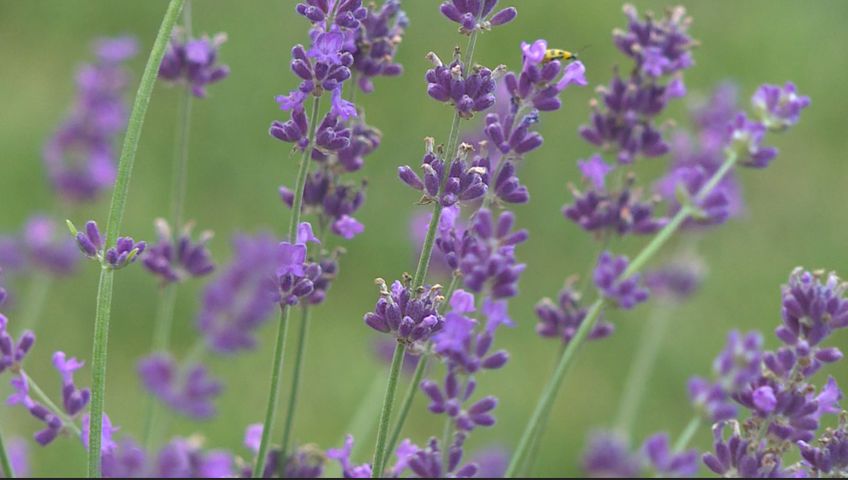 Lockwood and his wife Katie, both working in IT at the University of Missouri, moved to a Centralia home in 2010, which came with roughly three acres of land.

"We had a little bit of land, and we weren't sure what we wanted to do with it," he said. "It wasn't enough to do any big projects, and my wife came across the idea of hobby farming specialty crops. And that's when she discovered lavender."

The farm received its name in honor of the Centralia Battlefield Historical Site, located a mile down the road. It's the location of the Battle of Centralia in 1864, during the Civil War. Lockwood himself is a veteran of the Gulf War, having served as a gunner.

Battlefield Lavender recently concluded its second growing year, and its products are sold both on the Centralia property and at the Columbia Farmer's Market.

The scent of lavender of often considered to be soothing, and Lockwood said he thinks that is helping drive sales during the pandemic.

"I think one of the reasons, maybe due to people being at home more often," he said. "Because of the whole COVID situation this year, people are looking at something beautiful and pleasant in their home. And we're happy to play a part."

Lockwood said the business is a complete family affair.

"So my wife is the the brains of the operation, if you will," he said. "I do a lot of the infrastructure work. So I do a lot of the irrigation and the mechanical work and the lifting of heavy objects and things like that. Our children do work with us. They do a lot of picking and processing of the lavender. We work with my parents who are soap makers to make the soap, and my mother in law helps us with the jelly as well. The whole family comes in."

Battlefield Lavender does not just deal with lavender. The Lockwoods recently started selling loofah sponges, which they also grow and dry themselves on the property.

It has not always gone perfectly, Lockwood said.

Nationally, lavender sales have surged during the COVID-19 pandemic, and Lockwood said business is booming for him as well.

"People have been wonderful," he said. "We've been received really well, by mid-Missouri. We also do field visits out here. We've had visits almost every day of the week for the past few months, which has been great. So we've had a really great reception. I'm really thankful for that."