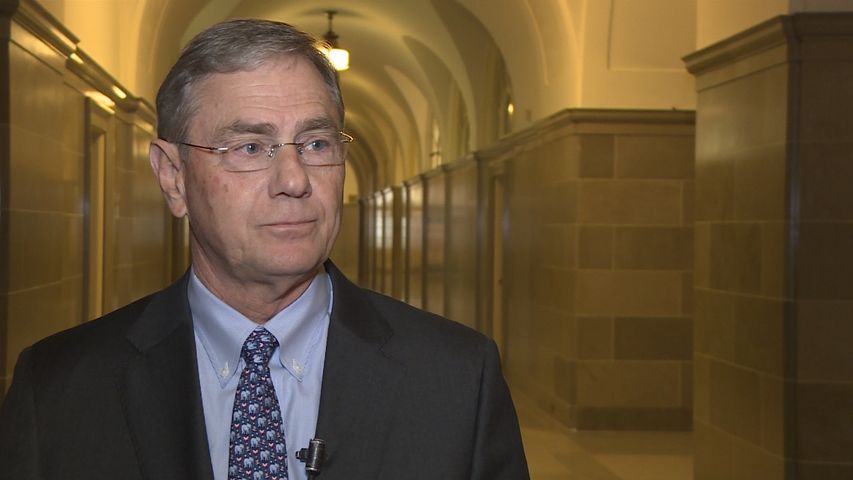 JEFFERSON CITY - There is a "true emergency" right now at the southern border, a Missouri congressman said Monday.

"The president's made it a campaign pledge. He’s been after this for a long, long time. This isn’t something he just decided to take on when he was running for president," Luetkemeyer said. "This is something he’s been talking about for years and years, and he's making good on that promise and he’s going to deliver."

Luetkemeyer made the comments at the state Capitol after an annual meeting with the Missouri House Republican Caucus.

Thank you Congressman @RepBlaine for addressing our caucus this afternoon. We appreciate your leadership in Washington D.C. pic.twitter.com/VGbTI2Yb1O