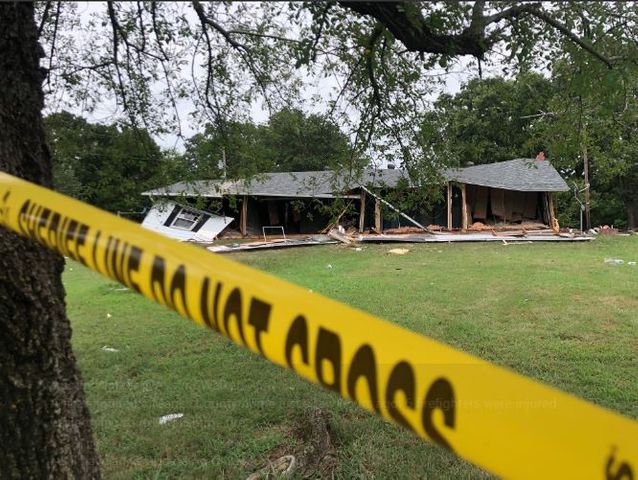 VIENNA - The Maries County Sheriff's Department is continuing to investigate a house fire that they say someone intentionally started injuring six firefighters.

He said officials believed the fire was arson earlier than that but did not want to make the announcement because it might affect the investigation.

Heitman said he is continuing to follow leads and hopes to have an arrest by the end of the week. He added firefighters will be offered counseling services.

"Just being exposed to that that type of environment, seeing your buddy laying on the floor needing help, that's traumatizing for a lot of people," said Heitman.

The six Vienna volunteer firefighters have all been released from the hospital. The community has started a bank account called the "Vienna Fireman Relief Fund" for the injured firefighters. They have already raised $21,000 from over 70 donors.

Jamey Snodgrass, who knows three of the six injured firefighters, said he donated $150 because "it's the right thing to do."

"You feel for the families and the victims that have to deal with their pain," he said. "It's crazy. We're just a tight grit, tight knit community. You know, everybody helps everybody in time of need."