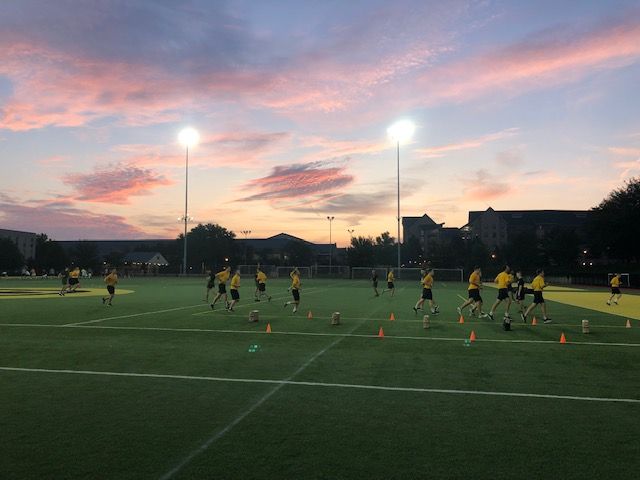 COLUMBIA - The number of active-duty military suicides hit a record mark of 321 suicides in 2018 according to the military.

This is tied for the highest mark since the military began tracking the statistic in 2001.

The Truman VA Mental Health Summit met today with the goal of combating statistics like this one.

They aim to provide more resources to student veterans, such as peer support, empirically based treatments, and a new wellness center.

The VA recently opened the Veteran's Wellness Center in the MU law school to serve the 600 to 800 student veterans they believe are on MU's campus.

This is with the hope of lowering the veteran suicide rate, which is currently at 20 individuals per day according to the VA.

Although this number has lowered in recent years, one Truman VA representative said that it is still not enough.

"Any is too much. For a veteran or a civilian. And we want to figure out not only what the VA can do but what the community can do," Randall Rogers said.

Figuring out the root of these tragedies is the tricky part.

The suicide rate rose amongst Veterans and non-Veterans in 2018, according to the VA.

Experts debate whether suicide is a big issue in the military, or the result of deteriorating mental health in the United States in general.

Lieutenant Colonel Gary Kerr said that the military is focused upon because of the transparency they choose to adopt.

Kerr has been in the military for 22 years.

Over the course of his career, four members of his unit have committed suicide.

However, Kerr believes that the military is doing all that they can.

"I don't think we have a problem. We are focused on making sure soldiers have resources they need to combat stress," Kerr said.

One student agrees with Kerr's stance.

"I have seen just as many problems with my friends who aren't in the military as I have with people who are," Woods said.

Regardless of the cause, Kerr thinks that the VA and MU are doing all that they can.

"The VA is doing a pretty good job of it right now. And really focusing on how to help...It's a testament to MU's commitment to our veterans and to really just helping out in general," Kerr said.