Mid-Missourians get creative in celebrating the upcoming eclipse 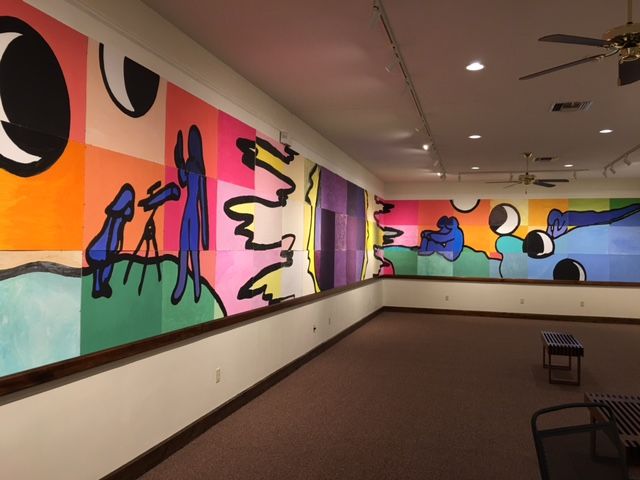 COLUMBIA - Mid-Missourians partnered with Access Arts to celebrate the upcoming solar eclipse in an artistic way.

Multiple organizations, businesses, groups and nonprofits helped paint 72 panels to create a giant mural representing the solar eclipse. The finished mural was revealed in the Montminy Gallery at the Walters Boone County Museum Sunday at 1 p.m.

Artists of the mural hope the painting encourages Missourians to realize what is going on around them rather than focusing on technology.

Shawna Johnson, executive director of Access Arts, said, “We hope people viewing the exhibit will slow down and take some time to think about what’s really important in life, not be so caught up in the hustle and bustle, but take note of those big moments and celebrate them with art.”

Access Arts is the lead organization behind the community mural. Access Arts is a Columbia nonprofit that brings the love of art into mid-Missourians' lives.

In addition to the community mural, the gallery displayed paintings from Access Arts' other programs, such as its free art classes for veterans and its childrens camps.

Chris Campbell, executive director of the Boone County Historical Museum and Galleries, said, “People can come out here and not only see this exhibit, but then walk outside around 1 to 1:20 and enjoy the eclipse in the beautiful Nifong Park.”

The exhibit will be on display until September 17.